Android Apps On Windows 11 - Is It True? Know How It Works And Other Details

Windows 11 will support Android Apps, and they will be installable from the new app store, which will be an integration of Amazon App Storeand Microsoft store. 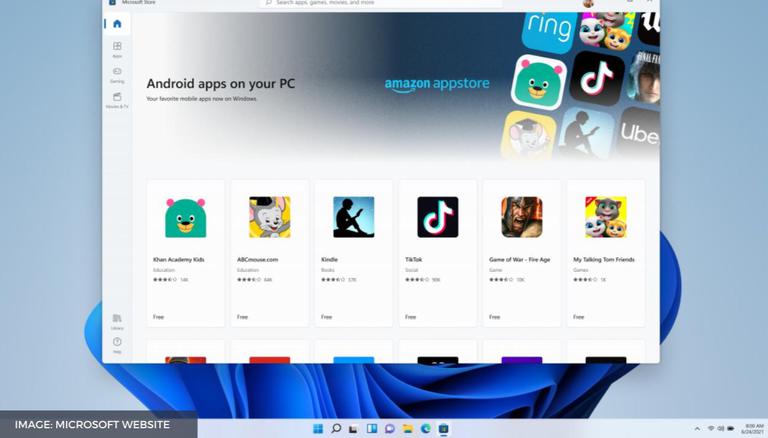 Microsoft would use Intel Bridge Technology

As mentioned by the Chief Product Officer at Microsoft, the Android Apps will be brought to life on Windows 11 using Intel Bridge Technology. According to the chipmaker, "Intel Bridge Technology is a runtime post-compiler that enables applications to run natively on x86-based devices, including running those applications on Windows." The technology is also reported to work with AMD and ARM machines. However, more details on the same would be available post Windows 11 public launches.

How many Android Apps would be available to download?

Currently, Amazon AppStore has about 500,000 apps, which might be integrated within the new Microsoft Store. On the other side, Google Play Store has about 3.5 million apps. Since Windows 11 will be available as a free upgrade for Windows 10 devices, it is highly unlikely that Microsoft would charge the users for running Android Apps on Windows 11. However, the possibility of a few paid Android Apps cannot be denied at the moment, as they are also present in Google Play Store. To check whether a PC is eligible for a Windows 11 free upgrade, a user can download the PC Health Check app via Microsoft's website.

WE RECOMMEND
Is Windows 11 leaked version legit? Microsoft might have confirmed the leak
Microsoft to end support for Windows 10 by Oct 2025, Windows 11 to release this month
Windows 11 might be launched soon, Microsoft 'Next in Windows' event to be held on June 24
Microsoft Windows 11 leaked: First look at the new start menu, startup sound
Windows 11 Price in India: Will Windows 11 be free for users?