How To Enable Dark Mode On Facebook Messenger Right Now

Facebook Messenger app has finally received Dark Mode update. The social media giant has been working on bringing a major overhaul to its Messenger app for quite some time now. As a result, Facebook Messenger app looks a lot different than it used to be a few months ago. And the deep integration of 24-hour stories gives it a distinctive, Snapchat-like look.

Now that Dark Mode is finally hitting Facebook Messenger, it kind of gives Messenger a whole new look. While all features remain the same, Facebook says it's still working on Dark Mode. Meaning, Dark Mode isn't fully ready and it's certainly not possible to enable the Dark Mode in the app setting just yet. If you want to try Messenger's Dark Mode right now, there's a nifty trick that you can try and see if it works for you (ideally it should work for you unless you are just plain unlucky).

Folks over at Android Police and 9to5Mac initially spotted this trick. If you too want to enable Dark Mode on your Facebook Messenger app right now, these are the steps that you need to follow:

Steps to enable Dark Mode on your Facebook Messenger app

Step 1: First and foremost, as well always recommend, make sure you have the updated version of Facebook Messenger running on your smartphone.

Step 2: Once you have your Facebook Messenger up-to-date, go to any contact or chat windows to create a new chat.

Step 3: Tap on Emoji > Select half moon emoji. Send the emoji to your contact, which will lead to half moon emoji animation rolling over your screen.

Step 4: At the top of your Messenger window, you will receive a pop-up saying "You Found Dark Mode! Your friends can also unlock it by sending the moon emoji."

Step 5: Go back to your Messenger's main screen. Now, tap on your profile picture at the top left corner. You will find a slider to enable Dark Mode. 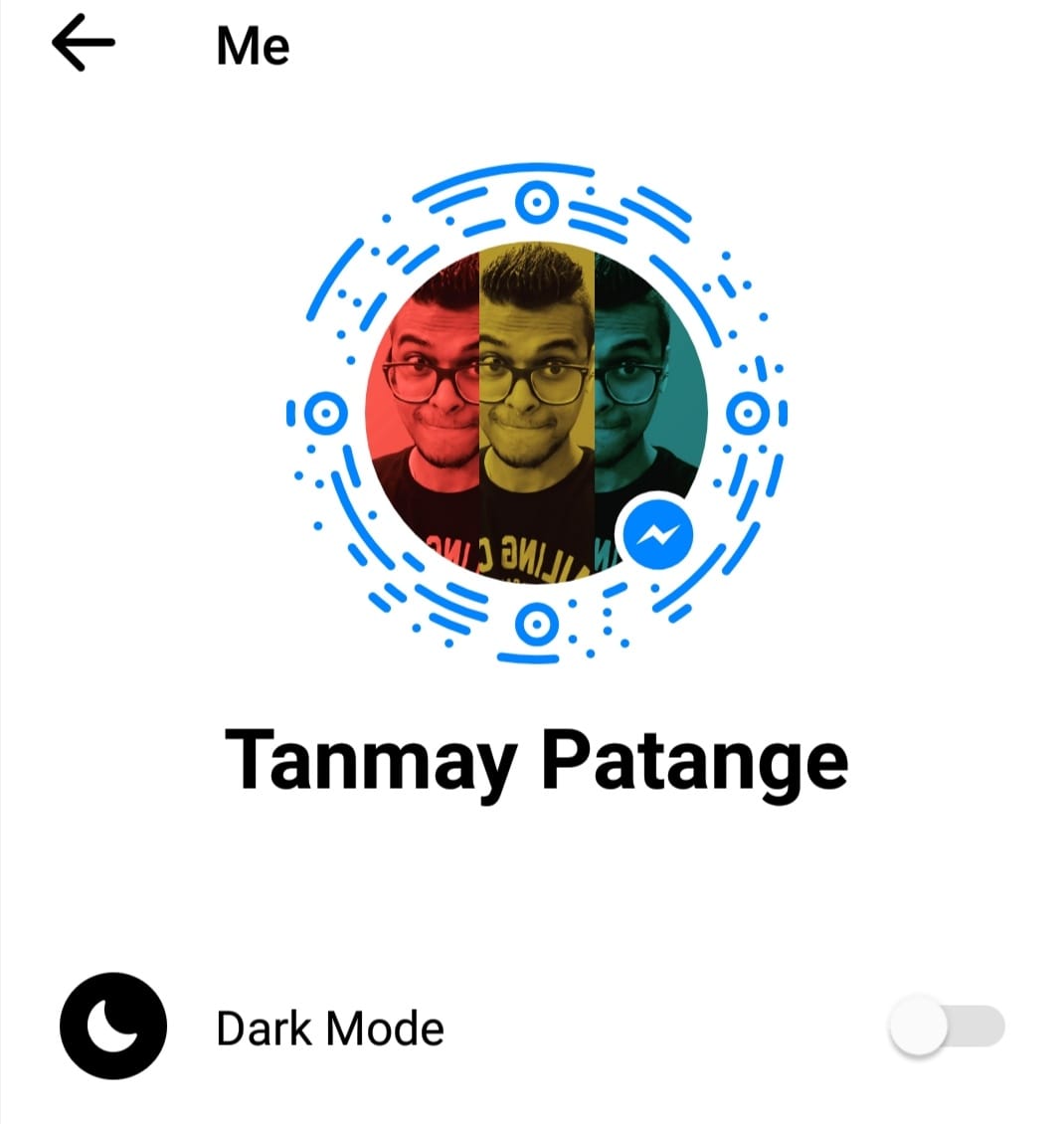 Step 6: Once you have switched the slider, your Messenger app will turn black.

However, when we turned it on for ourselves, we got another pop-up saying "Work in Progress. While we put the finishing touches on dark mode, it won't appear everywhere on Messenger." Hence, it's clear that Dark Mode isn't fully ready just yet and Facebook is still fine-tuning it.

What we think about Dark Mode on Facebook Messenger

While it sure stands out, I feel there's still room for improvement. It's totally pitch black, which leads to eye fatigue. Honestly, I was expecting it to be somewhat dark gray given that all other elements bear the same colours as the default mode.

For example, when you send a message to someone, your message still appears in a blue box and over a black background, which stands out strongly. Just five minutes into a conversation was enough to give me a headache. We hope Facebook tones it down a little in future updates.

PEOPLE HAVE PLEDGED SO FAR
Facebook offering $5 for user voice snippet to improve its speech recognition technology
Netflix offers first month for just ₹5 in a new test for select users in India
Google is indexing WhatsApp group chat links via 'Invite to Group Link' feature
What happened to Vine app? Why did Vine die and what was the cause of its failure?
Tally shortcut keys list: All Tally shortcuts every accounting professional needs to know
DO NOT MISS
DELHI VIOLENCE TIMELINE
'DELHI VIOLENCE AN INTEL FAILURE'
IT MIN MEETS MICROSOFT CEO
AADITYA DEMANDS APOLOGY
INSPIRED OR COPIED?
CAT'S REACTION AMUSES TWITTER