The Instagram Collabs feature has been out for some users as it is being tested for few months. Users will now be able to post content from desktop as well. 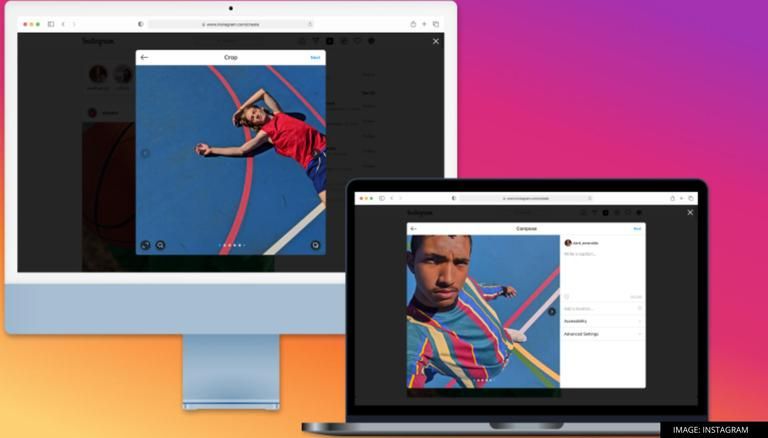 
Facebook-owned photos and videos sharing platform Instagram is going to add a couple of new features to its app. The new features will be available in Instagram's short video format called 'Reels' and others will be added to the Feed. The changes are creator-focussed and will help users in collaborating and raising funds. Another major update coming to 'Instagram for desktops' is the ability to post photographs and videos that are shorter than one minute.

Instagram Collabs feature will allow users on the platform to collaborate and share Reels and posts. If a user wants to add another person as the co-author of a post or a reel, the account can be invited through the tagging screen. As the account accepts the request to be the co-author, the post or reel will be shared across both feeds.

(1/3) Collaborating is a huge part of how people connect on Instagram. To make that easier, we’re testing a new way for people to co-author Feed Posts and Reels, called Collab. pic.twitter.com/YD1SaSYHOl

The Instagram Collabs feature has been out for some users as it is being tested for few months. Instagram says that the feature will currently be available to a smaller number of people. When two authors collaborate on the platform to post a reel or a post, the post will appear on the profile grid of both the users and will share the views, likes and comments' count. Additionally, Instagram will also be working on a new feature that would allow users to create fundraisers for non-profit organisations.

The Instagram fundraising feature will be available directly through the creation button which is used to create posts, stories, Reels and go live on Instagram. Upon selecting the options, a fundraiser will be added directly to Profile Grid as a post. The feature was also spotted by reverse engineer and developer Alessandro Paluzzi, back in September when it was in the early stages of development.

#Instagram is working on adding the "Fundraiser" option to the Create menu 👀 pic.twitter.com/Od4dcdkHaO

On October 21, 2021, Instagram will be introducing two new effects for editing music on Reels. The effects are called 'Dynamic Lyrics' and 'Superbeat'. While the former will show 3D lyrics flowing with the groove of the song, the latter will apple effects to music in sync with the beat. The Instagram new music feature comes after TikTok rolled out a host of new features earlier this year. Stay tuned for more updates on Instagram and other features.

WE RECOMMEND
List of top 10 South Indian film stars with most Instagram followers
Instagram testing new feature to inform users about outages via the app itself
Instagram to replace IGTV with 'Instagram TV'; all you need to know about new format
UK: Businesswoman receives response from recruiter after 8 years, shares it on Instagram
How Instagram's Take A Break' feature could make it safer for kids
Listen to the latest songs, only on JioSaavn.com