At the second edition of 'Snap in India,' co-founder and CEO Evan Spiegel announced that Snapchat's monthly user base in India surpassed 100 million. 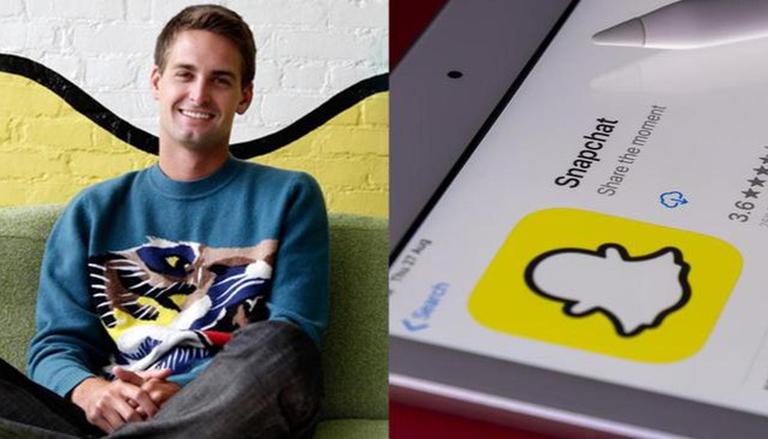 
On Wednesday, Snapchat, the photo-messaging app, announced that its monthly user base in India surpassed 100 million and that the company will continue to focus its efforts on growing and offering more resources to its Indian creators' community. The second edition of 'Snap in India' was digitally hosted by Snap Inc, the parent company of Snapchat. At the event, Snap co-founder and CEO Evan Spiegel announced the achievement of 100 million monthly Snapchatters in India at the occasion, reported PTI. The Snapchat app allows users to share photographs with friends and includes augmented reality filters and lenses.

"We have made significant investments to localise the Snapchat experience for the Indian community. We have added culturally relevant content, developed highly active and creative local creator communities, and invested in local products, marketing initiatives, and language support," Spiegel was quoted as saying by the news agency.

He further stated that efforts to provide a localised experience to Indian Snapchatters have aided the company in reaching this milestone. The company will continue to focus its efforts on celebrating local culture and talent, as well as empowering, growing, and providing resources to the community of Indian creators, the CEO added.

Snapchat partners with Flipkart in India

Snapchat has also partnered up with a number of local brands in India. It has developed a strategic agreement with Flipkart, a domestic e-commerce platform, to develop innovative AR experiences for e-commerce. Snap's 'Camera Kit' will be a key feature of Flipkart's 'Camera Storefront,' marking the company's first e-commerce relationship in India. Shoppers will be able to start their purchasing and e-commerce interaction journeys through Snapchat AR as a result of this agreement. While Flipkart currently has an AR-enabled camera, the addition of Snap's Camera Kit will expand its capabilities, allowing users to explore a wider range of products in the coming months.

READ | Independence Day 2021 Filter: Here's how you can use India gate filter on Snapchat

It should be mentioned here that Snapchat is also enabling virtual try-ons, with companies such as Sugar Cosmetics and MyGlamm utilising Snap's AR retail beta programme to provide users with virtual beauty and makeup try-on experiences. Snapchat claims that India is the first and only market where Snapchat has distribution agreements with all of the leading Android OEMs, totalling over 100 million smartphones in the country. Meanwhile, Snapchat has recently launched Creator Marketplace, which allows companies to directly engage with creators and pay them to create branded content, with the creator receiving 100% of the transaction.