Music streaming app Spotify topped the charts across app stores on Google Play Store and Apple App Store during the month of July 2019. Full details inside

Music streaming app Spotify topped the charts across app stores last month. As per Sensor Tower's report, Spotify was the most-downloaded app across the world. The data was for July. Following Spotify, YouTube Music secured second place in terms of downloads. Indian music streaming apps Gaana and Wynk Music also made it to the list of top 10 most downloaded music streaming apps, at number 6 and number 10 positions, respectively.

Last month, Spotify was the most-downloaded app worldwide across app stores (Play Store and App Store) in the music streaming category. The report has it, Spotify reached more than 20 million app installs worldwide during July. The majority of people (25 per cent) to download the Spotify app during the stipulated period were in India. Following in India, the US contributed to 13 per cent of total downloads.

"Spotify was the most downloaded Music category app worldwide for July 2019 with more than 20 million installs, which represented a 35 per cent increase from July 2018. The countries with the most installs of the app during this period were India at 25 per cent of its total downloads and the United States at 13 per cent. The full top 10 ranking of Music category apps worldwide by downloads for July 2019 is above."

Following Spotify, the YouTube Music app was the second most installed Music category app worldwide during July. YouTube Music app managed to reach close to 13 million downloads, resulting in a 2 per cent increase from the same period last year. Again, India was the country with the highest number of YouTube Music downloads (15 per cent), followed by the US at 14 per cent.

"YouTube Music was the second most installed Music category app worldwide last month with close to 13 million installs, which represented a 2 per cent increase from July 2018. The countries with the largest number of YouTube Music installs were India at 15 per cent, followed by the U.S. at 14 per cent." 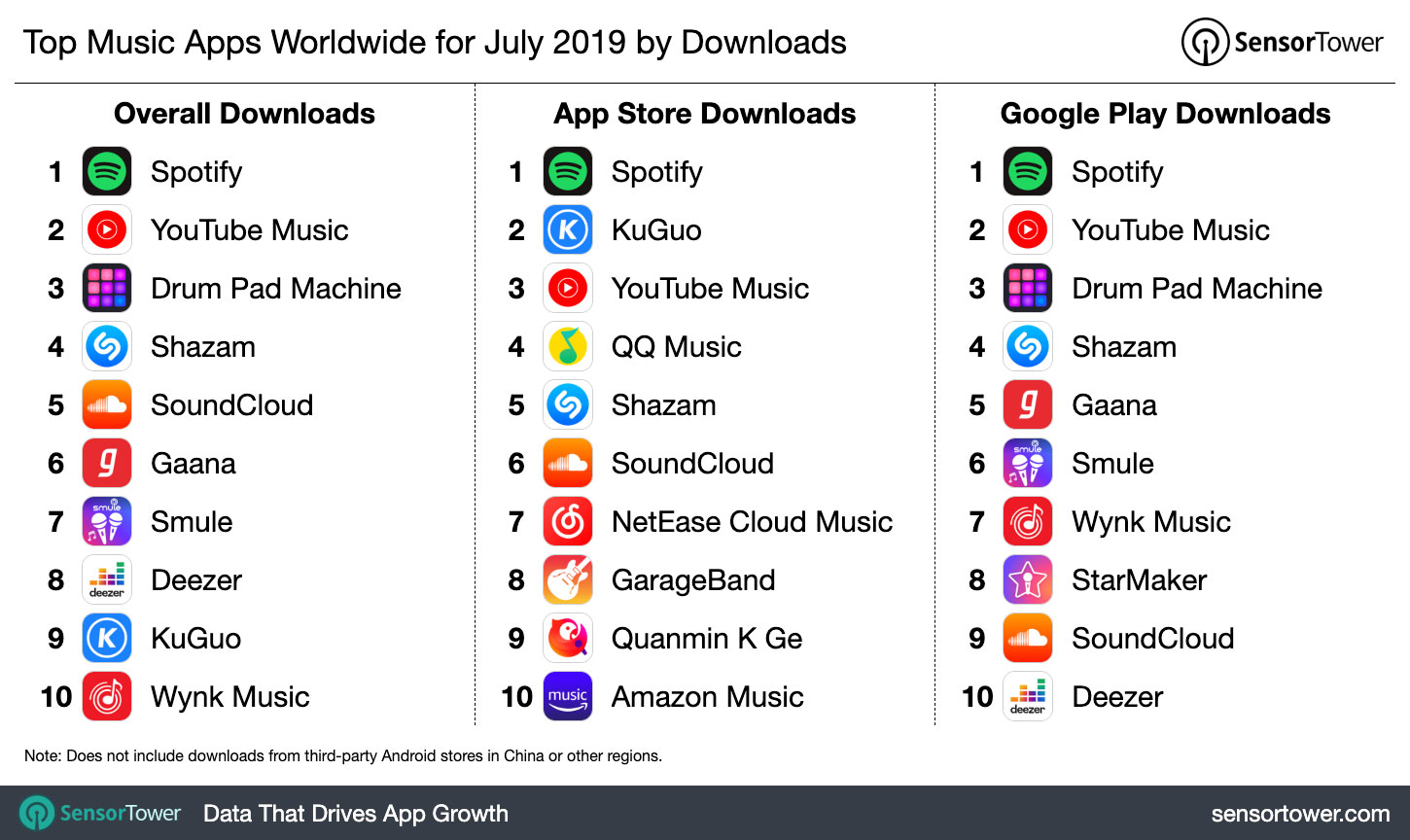