As always, Telegram has listed all the improvements and new features in its blog post. The first feature revealed by Telegram is Message Reactions. 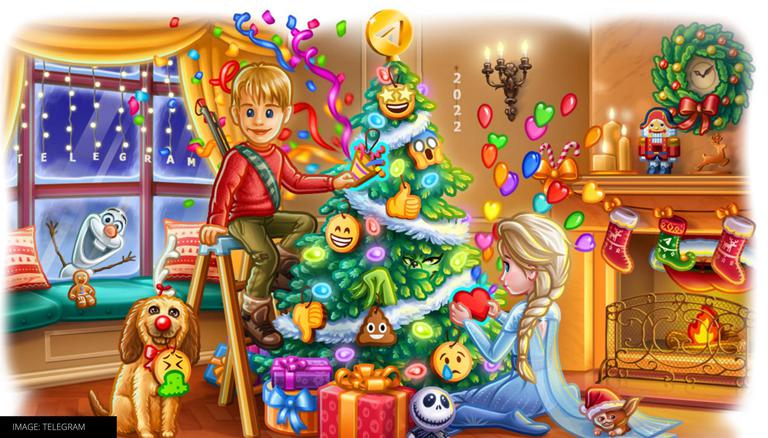 
On December 30, 2021, Telegram announced its latest update. In the new update, the instant messaging platform has introduced a lot of new features including Message Reaction, in-app translation, QR codes and more. One of the most interesting features coming to Telegram is the presence of Spoiler text. The feature can hide some parts of a message that might contain a spoiler for a movie or other important information. Keep reading to know more about the new Telegram update.

As always, Telegram has listed all the improvements and new features in its blog post. The first feature revealed by Telegram is Message Reactions. After updating to the latest version, Telegram users will be able to react to messages on chats with the help of reaction emojis. While users will be able to double-tap on a text message to react with a thumbs up emoji, long-pressing on a message will open a menu with more options to be used as a Message Reaction. Additionally, each message reaction comes with a unique animation. Message reactions will be enabled in private chats by default. In group chats, the admin of the chat will have the ability to enable message reactions.

Another feature coming to the new Telegram update is the ability to translate messages from within the application. Telegram says that over half a billion people around the world use their application and adding the ability to translate messages will remove any language barriers. After enabling the feature, it will appear as a Translate button on the context menu. While the feature is available on all Android versions, it is limited to Apple devices with iOS 15 and above. Another feature that will allow users to connect and follow a public account or channel is Themed QR Codes. Users can share the QR codes of an account or channel in the colours and patterns that they like and share them with other users. Additionally, they can also create a new QR code for their own account in the Settings menu.

As mentioned earlier, one of the most interesting features coming to Telegram is Spoiler text. The feature allows users to hide some part of a message before sending it, hence informing the receiver about the presence of spoilers. Thereafter, as and when the receiver wants to read the message, they can tap on the hidden part to read it. The new Telegram update also has more interactive emojis and a new menu for macOS.

WE RECOMMEND
Telegram group video call allows screen sharing: Details about all the new features
Telegram to test Sponsored Messages, will allow users to promote their channels and bots
WhatsApp Community Feature: What is it and how it will work? All you need to know
Telegram Update 8.2 brings calendar view, filter for shared media and global chat themes
Telegram: How to enable Auto-Delete timer on Telegram for both Android and iOS, read steps
Listen to the latest songs, only on JioSaavn.com