A recent WhatsApp beta update for Android device users will enable us to secure cloud backups with end-to-end encryption; might be available for all soon 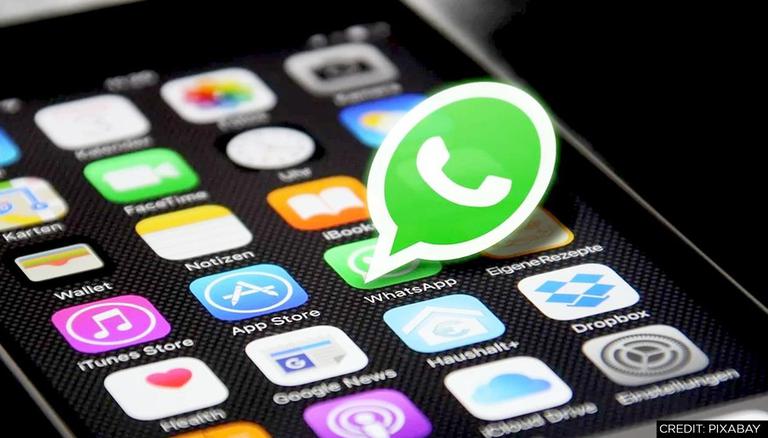 
WhatsApp is one of the largest messaging platforms in the world. While chats with personal accounts remain end-to-end encrypted, the data backup feature stores a copy of users data on the cloud, depending upon which operating system is being used, In most cases, WhatsApp for iOS stores data on Apple's digital storage service called iCloud and WhatsApp for Android stores backup on Google Drive. However, the backups on both iOS and Android are not encrypted, which has been the concern of users lately. WhatsApp has taken note of the issue and the most recent beta update for Android devices supports encrypted backups.

The recent WhatsApp Beta for Android update has the feature

Previously, the WhatsApp developments monitor called WABetInfo reported that encrypted backups are under development by the messaging platform. On July 16, WABetaInfo has published a report which says that WhatsApp has submitted a new update through the Google Play Beta Program. It is the recent beta update that comes with end-to-end encrypted backups. When enabled, users will have to choose a password that will be used for encrypting future backups. Users will also require the same password while restoring the backup on a new or same device. According to the report, this password is not shared with any third-party services, including WhatsApp, Facebook, Apple or Google. 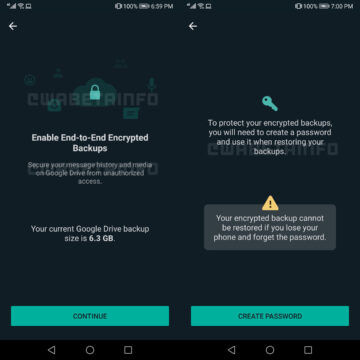 The end-to-end backups will also support an encryption key. WhatsApp will generate the key as per the requirement of a user, and it can be used instead of a password to restore the chat backup. However, a warning message on the screenshot of the feature shared by WABetaInfo says that "You will not be able to restore chats from encrypted backup without this key. If you lose this key, WhatsApp will not be able to recover it." Currently, the feature is being rolled out for the beta test group, and might soon be available to everyone. In a related development, WhatsApp was recently spotted testing the most awaited multi-device login without the need of a companion phone.

WE RECOMMEND
WhatsApp banned 2M Indian accounts between May 15-June 15, complying with new IT rules
Pension slips can now be sent by banks through WhatsApp
WhatsApp new feature to allows users to send and receive messages without phone
WhatsApp updates: View once, new archive, multi-device login, new in-app notifications
WhatsApp to introduce 'view once' feature; here's how the latest update will work