WhatsApp Working On 'Communities', Will Allow Admins To Create 'group Of Groups': Report 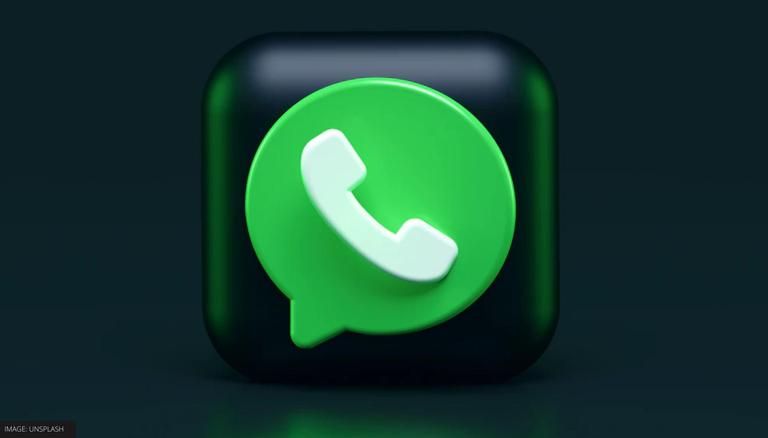 
In October 2021, XDAdevelopers reported WhatsApp to be working on a new feature called Communities. However, the feature was spotted in WhatsApp APK coding and the publication revealed it as a speculation. Nevetheless, WABetaInfo has recently confirmed that WhatsApp is working on a Communities feature. From what it looks like, WhatsApp Communities will be a group of Groups on the instant messaging platform that are related by a common field of interest.

As mentioned in the report by WABetaInfo, people using WhatsApp will be able to create a Community chat. The report also mentions that the feature is like a group chat at the moment, and not as a social network or platform. Admins can send messages in a Community group chat and they will be able to group some Groups together to form a community. The example mentioned in the report states that a WhatsApp Community can be created around a degree course, and all the classes included in the course are the groups that are involved in the community.

From what it looks like, WhatsApp might offer improved control over the groups involved in a community. However, the feature is still under development and the tools are unknown at the moment. Admins can share a link to users that are to be invited into the community. Yet another aspect mentioned in the report is the inability to send messages to all the groups involved in a WhatsApp community. Apparently, users will not be able to send messages as soon as they are added to the community. The feature might be available in a future update for both Android and iOS beta versions of WhatsApp.

Attached below is a screenshot of the WhatsApp Communities feature as given in the report. It can clearly be seen that the Community icon is rounded in the edges and follows a square-like design. It differentiates the communities from WhatsApp Groups and chats that are circular in shape. Additionally, the share link icon can also be seen in the image given below, which will allow admins to share invitations with the community. Users will also be able to scan a QR code to be a part of a community. Further, there is a reset link button as well, which might be used in a scenario when unwanted people are entering the community. 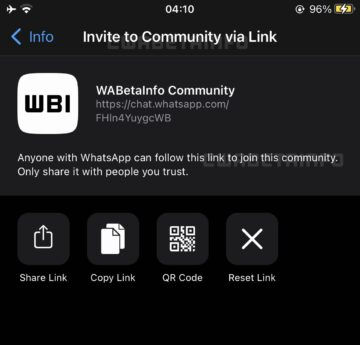 WE RECOMMEND
How to use WhatsApp Web without connecting via smartphone? Here's a step-by-step guide
Happy Diwali WhatsApp Stickers: Here's how to download WhatsApp Diwali sticker pack
WhatsApp will start reflecting a change for Facebook's rebranding to Meta: report
WhatsApp Pay cashback offer: Here's how you can earn Rs 255 by using WhatsApp; see details
Fact Check: Centre suspends WhatsApp from service between 11:30 PM-6 AM? Govt clarifies
Listen to the latest songs, only on JioSaavn.com