Windows 11 SE Leaked: Know All About Windows 11 Leak And Its Lite Version 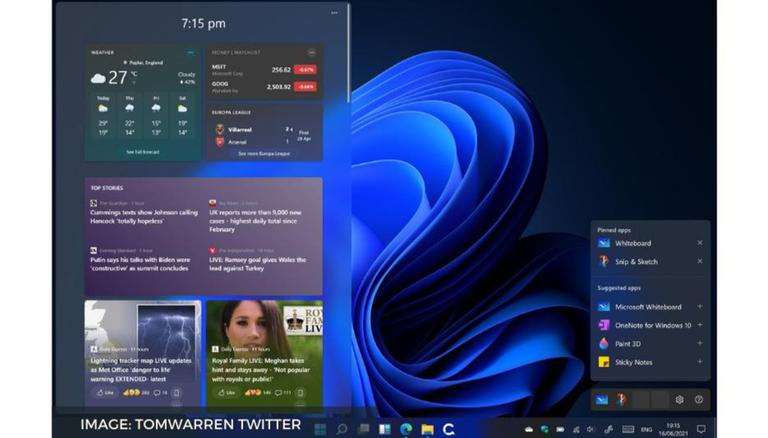 
Windows OS hasn't got an appropriate rendition update for the most significant length of time. Clients have been utilizing updated variations of Windows 10 over the most recent 6 years. Microsoft is set to have a dispatch event on the 24th of June, and a new Windows OS is on its way. Not long before the occasion, Microsoft has experienced a Windows 11 Leak and that has given the clients a ton of data. Various individuals wish to become familiar with Windows 11 SE.

The Windows 11 Leak has taken the world by storm and now a new version of the OS has been uncovered and it seems to be a lite version of it. The lite version is called Windows 11 SE SKU and it has certain restrictions that people will have to work with. The restrictions are on the Microsoft store, which has been disabled, and certain customization options are locked. This new OS is believed to be a direct successor for Windows 10 S or Windows 10 in S Mode. The build doesn’t support multiple users and it has been designed for higher battery life and sustainability.

This is Windows 11 SE, seems to be a successor of Windows 10 Cloud Edition, with it restricting quite a few settings and seemingly requiring a online account (as offline account creation is broken in OOBE). pic.twitter.com/QMaz3vWRD2

A few days ago, Baidu user sdra_owen/Baidu uploaded certain screenshots on their profile. These screenshots looked extremely similar to Windows 10X. The screenshots had a centralized start menu and rounded edges. Soon after these images surfaced, Microsoft provided reporters with a preview version of Windows 11 ISO and since then a whole buttload of information about the new OS has emerged.

READ | Microsoft to end support for Windows 10 by Oct 2025, Windows 11 to release this month

Twitter user Tom Warren has provided a video of the new Windows 11 OS which sheds some light on what Microsoft has got in store for its users. One of the first things that people gathered from this video was that the new OS looks very similar to Windows 10X with some significant tweaks. The menus have received rounded corners and there are some new snap tools to increase multitasking capabilities. With these tools, the user is able to snap applications into one quadrant of the screen. Xbox app will be integrated into Windows 11 and users will be able to access all their game pass titles directly.

WE RECOMMEND
Microsoft names Satya Nadella as chairman, John Thompson made lead independent director
Windows 11 release date and free upgrade: Here's all you need to know
Windows 11 might be launched soon, Microsoft 'Next in Windows' event to be held on June 24
Microsoft Windows 11 leaked: First look at the new start menu, startup sound
Microsoft to end support for Windows 10 by Oct 2025, Windows 11 to release this month