Acer Swift X laptop series has been launched in Indian markets, and the users are curious about it. Here is all the information. 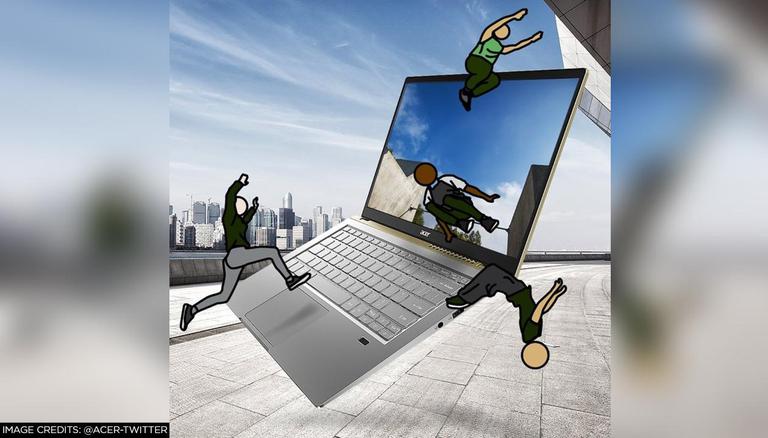 
The Taiwanese multinational electronics company Acer has recently announced their new range of laptops to be released for the Indian markets. Acer announced their new Acer Swift X laptop series to be launched in India and have already revealed the pricing of this laptop. The laptop has two processing chip options, including Nvidia GeForce RTX series GPU and AMD 5000 series processors. People have picked this up, and they are curious to learn more about the Swift X features, availability and Price In India. Here is everything on the internet about the new Acer Swift X Laptop series. Read more.

Go beyond the the Xpected and Xperience the Xtraordinary. The Xplicit is round the corner.

The Acer Swift X laptop will run on the Windows 10 OS and will sport a 14.00-inch display with a resolution of 1920x1080 pixels. This laptop display has a total of 300 nits brightness and 100% sRGB coverage that can make the viewing experience much better than other full HD laptops present in the market. The Ryzen processor covers the laptop's processing power, and it is loaded with 16GB of RAM. The laptop will have two options for graphics cards, including the MD Ryzen 5000 series processors based on AMD Zen 3 core architecture and Nvidia GeForce RTX 3050 Ti GPU. Developers have also added a brand new and improved thermal design to maximize cooling. Acer claims that the battery of the laptop can deliver up to 15 hours of life. Apart from this, here is a complete list of Swift X Features released by Acer.

Swift X price in India will start from Rs. 84,999, and it will be available to buy from Acer Online Store, Acer Exclusive stores, Vijay Sales, and other authorized retail stores. The main intention behind releasing this laptop was to create a portable device for the users who require laptops on the go. The weight of the laptop is about 1.39kg, and it is 17.9mm thin making it extremely easy to carry around. No other information has been released about these new Acer laptops till now.