Apple wowed its 2019 Worldwide Developers Conference (WWDC) crowd in San Jose, California, on Monday when it unveiled a glorious new Mac Pro stuffed with top-tier hardware specs such as a 28-core Intel Xeon processor and an Afterburner movie-editing graphics card. But looking at the new machine made some observers hungry.

The new Mac Pro look is inspired by an earlier Mac Pro design that featured a boxy silver case with matching feet and handles. That Pro had a mesh pattern on the front and back. The big holes on the new Mac Pro give it an even more intense grater flair than the original model. And yeah, it totally looks like a cheese grater. 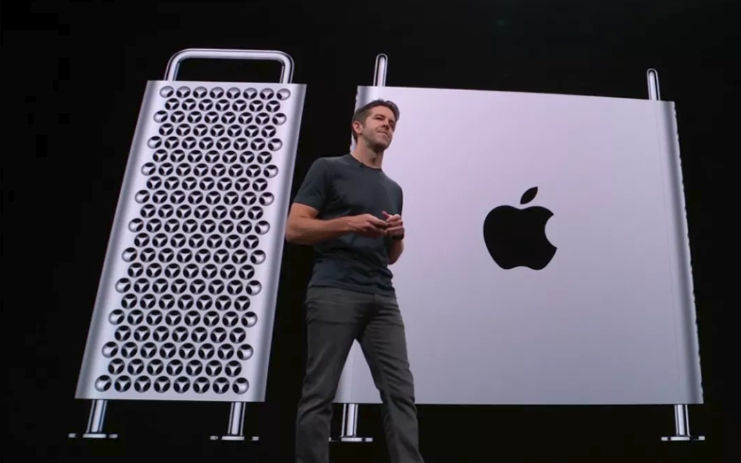 Read: Apple WWDC 2019, With Rumours Of ITunes Being Replaced, Could Get All The More Exciting Upon Kickoff

Twitter was quick to welcome the shiny silver design with the handles on top.

Okay but why does the Mac Pro look like a cheese grater? WHY WOULD YOU PAY ALL THAT MONEY FOR SOMETHING THAT LOOKS LIKE A DAMN CHEESE GRATER? pic.twitter.com/PUfdQsxZaN

the new mac looks like a cheese grater, unlike the last one, that was literally informally referred to as "the cheese grater mac" pic.twitter.com/8wupP5r3mu

I can honestly say that this #Mac Pro is #grater than any other Apple product #WWDC19 pic.twitter.com/Yv5qutqwod

Ya'll say the Mac Pro is a cheese grater, but I'm gonna use mine to get beach ready feet. #WWDC19 pic.twitter.com/vuYkmjlD50