HP Chromebook x360 14a has now been launch in India and the users are curious to learn more about this laptop. Read more about its price and specifications. 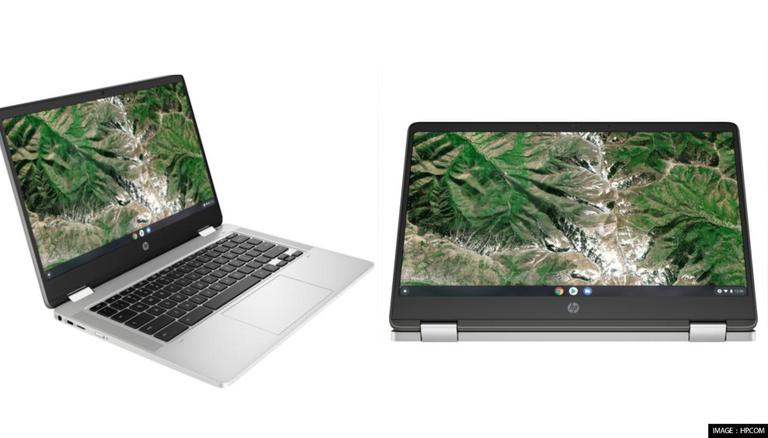 
HP has been trying its best to expand its Chromebook roster for the Indian markets. The company recently confirmed the release of the HP Chromebook x360 14a in India. The makers claim that the main objective of this offering is to "cater to the needs of students.” One of the most prominent features of the laptop includes a 14-inch HD touchscreen with 250 nits of maximum brightness. The launch of this laptop has been picked up by the tech geeks of the Indian community and they are trying to find everything there is to know about this HP Chromebook. To help out the readers here is all we know about HP Chromebook x360 price in India and specifications. Read more

HP has added specific hardware and features to their latest Chromebook because it is aimed at students aged between 4 to 15 years old. The laptop is loaded with Chrome OS and a 14-inch HD touch screen display. The HD display is capable of delivering 250 nits of peak brightness and 45 per cent NTSC coverage. Makers have given an option of 64GB of eMMC onboard storage that can be expanded by adding a micro SD card. HP is also offering 10 GB worth of cloud storage free for a year. HP Chromebook x360 14a processing power unit is covered by dual-core AMD 3015Ce processor, AMD Radeon integrated graphics and 4GB of RAM. Apart from this, other features of the laptop include a 720p HD wide-vision webcam,  Bluetooth v5, two USB Type-C ports, one USB Type-A port, 3.5mm headphone jack, dual array digital microphones, dual speakers and a 47Whr battery.

Hp Chromebook x360 14a price in India has also been set as Rs. 32,999. Users can purchase the HP Chromebook using Amazon at a special discounted price of Rs. 31,490. HP is offering a total of 3 colour options for the laptop including Ceramic White, Forest Teal, and Mineral Silver. The laptops have just been launched so it might take a couple of days for the retailers to get the stock for these new Chromebooks. Several industry experts have suggested that HP is not stopping at the release of this new Chromebook and is supposed to release a new range of laptops with Windows 11. More details about upcoming HP laptops is supposed to release soon.