HTC Vive Flow Live stream is supposed to go live on Oct. 14 at 8 a.m. PT and the users are curious about it. Here is a full guide to help access this event. 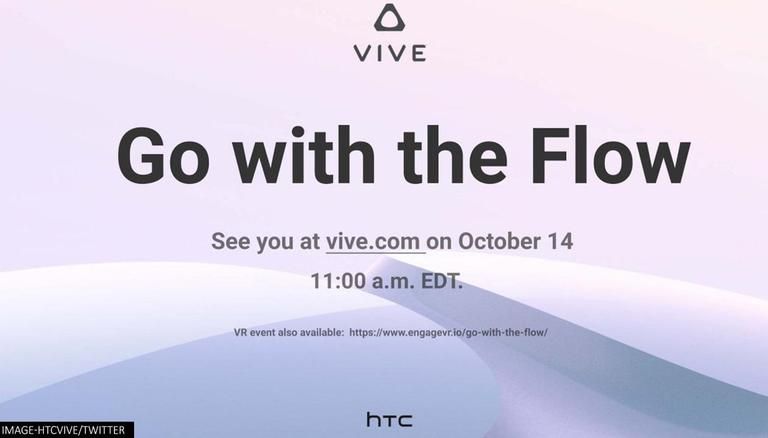 
The Taiwanese consumer electronics giant has stepped into the VR sector with the release of its new Vive Flow VR headset. There are speculations that the makers will launch the new VR product during a live event on October 14. Because of the announcement of this HTC event, many users have been trying to find everything there is to know about HTC Vive Flow Event Live Streaming. To help out these tech geeks, here is all the information needed to access the upcoming HTV VR headset launch event. Read more

The event launch was picked up by the tech geeks after HTC released a post from its official Twitter handle which said, “Everyone has a stressful day every now and then. One way to help with that is to #GoWiththeFlow. More to come from @htcvive on October 14 at https://vive.com.”

Everyone has a stressful day every now and then. One way to help with that is to #GoWiththeFlow. More to come from @htcvive on October 14 at https://t.co/PSETeNNFzN.#htc #htcvive #vive pic.twitter.com/aKdRXvkZnU

As per the information released by HTC, the live event will start on  Oct. 14 at 8 a.m. PT which is 8:30 pm (IST).  Users can access the stream by going to vive.com and engage.com. The live VR session stream portal is supposed to open 30 minutes before the event’s start time. It is recommended to enter the live stream 15 minutes before the start time to give some time for the VR content to be pre-loaded. You can also access the stream by clicking here.

What to expect from the HTC Vive Flow Event?

If the leaks are to be believed, HTC is supposed to bring in a total of two VR headset variants including VIVE Focus 3 and the VIVE Pro 2 Headset. As per the images teased by HTC, The HTC Vive Flow Event Live Streaming will show exactly the sim for releasing these two VR offerings. It is also believed that the stream will show the functioning of the product along with its accessories to make interaction with the device more accessible. More details about the company’s upcoming offerings are supposed to be announced during this event. Till then, keep an eye out for any updates on HTC VIVE’s official social media handles.