The highlighting feature of the Meta smartwatch is going to be the front-facing camera, which is a noticeable part of the watch's design. Read for details. 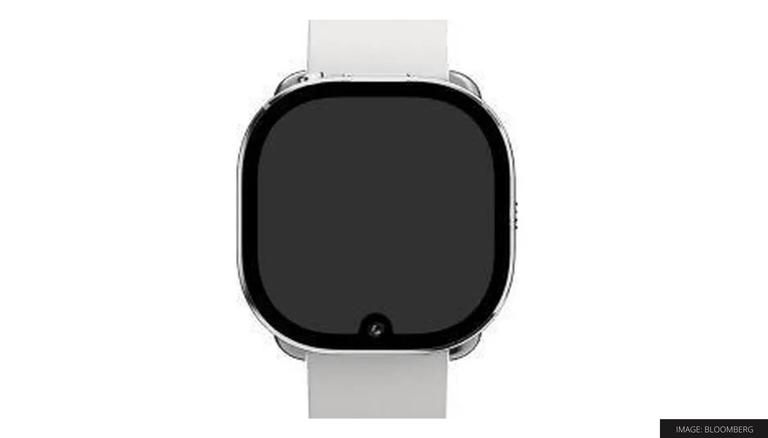 
Formerly known as Facebook, Meta Platforms is reportedly working on a smartwatch with a front-facing camera. The image of the smartwatch has been found inside one of Meta's iPhone applications. A rounded screen and even notch on all the sides are visible in the image. However, the casing and the screen are not exactly round - it looks more like a square display with rounded edges,

The image of Meta's upcoming smartwatch was reportedly found inside the smartphone companion application launched alongside Ray-Ban Stories. It was founded by developer Steve Moser and published through Bloomberg. While the image does not reveal any details about the internals or specifications of the smartwatch, it does reveal the design and looks. Keep reading to know more about the Meta smartwatch.

Images of Facebook smartwatch found in the application, reveal design

The highlighting feature of the smartwatch is going to be the front-facing camera, which is a noticeable part of the watch's design. It is located at the bottom of the display in a reverse water-drop notch (if the image is not upside down). If the watch comes out with a camera, it would be the first one. Other popular smartwatches from Apple such as Apple Watch Series 6 and 7 do not feature a front-facing camera.

READ | Facebook 'Meta'verse: What will it include? All you need to know

Another major aspect of the device is the large display area and the shape of the display. It is neither in a circular nor a rectangular form factor like other popular smartwatches from Samsung and Apple. Instead, the watch has a square display with round edges. At the top of the casing, there seems to be a button that might be used for navigation purposes. As the image suggests, the watch could have removable silicone straps.

READ | Will Facebook's Social Media change to Metaverse? Here's everything we know so far

Previously Facebook has been reported to be working on a smartwatch with a detachable camera. Along with this image, the company's plans to step into the smartwatch segment are clear. While there are chances that Meta will come up with such a product in near future, the chances of the watch (in the image) hitting the market are mixed, as it might be an early concept or design and could be scrapped by the company later.

WE RECOMMEND
Apple releases iOS 15.1 update: Check new features and how to download
Facebook 'Meta'verse: What will it include? All you need to know
Apple loses $6 billion due to chip shortage & manufacturing delays, says CEO Tim Cook
Apple adds 11 Indian suppliers to clean energy programme aiming carbon neutrality by 2030
Apple releases macOS Monterey for eligible devices; Check features & how to download
Listen to the latest songs, only on JioSaavn.com