One of the key features of Samsung’s Tizen-based smartwatches has been their rotating bezels that are so seamlessly integrated with the devices’ software that you don’t even need to touch their screen for day to day usage. The Galaxy Watch Active is different though, as it leaves every task dependent on actual touch-based interactions.

Key hardware specs of the Galaxy Watch Active include a 1.1-inch 360x360 AMOLED display and a 230mAh battery. It is powered by an Exynos 9110 processor with 4GB of storage and the smarwatch is also 5ATM+IP67-certified. Connectivity options include Bluetooth 4.2, NFC, and Wi-Fi.

Samsung is also updating its Gear Fit fitness band both in terms of branding and in terms of feature set with the Galaxy Fit – it is available in two variants, a standard and a cheaper e-version. 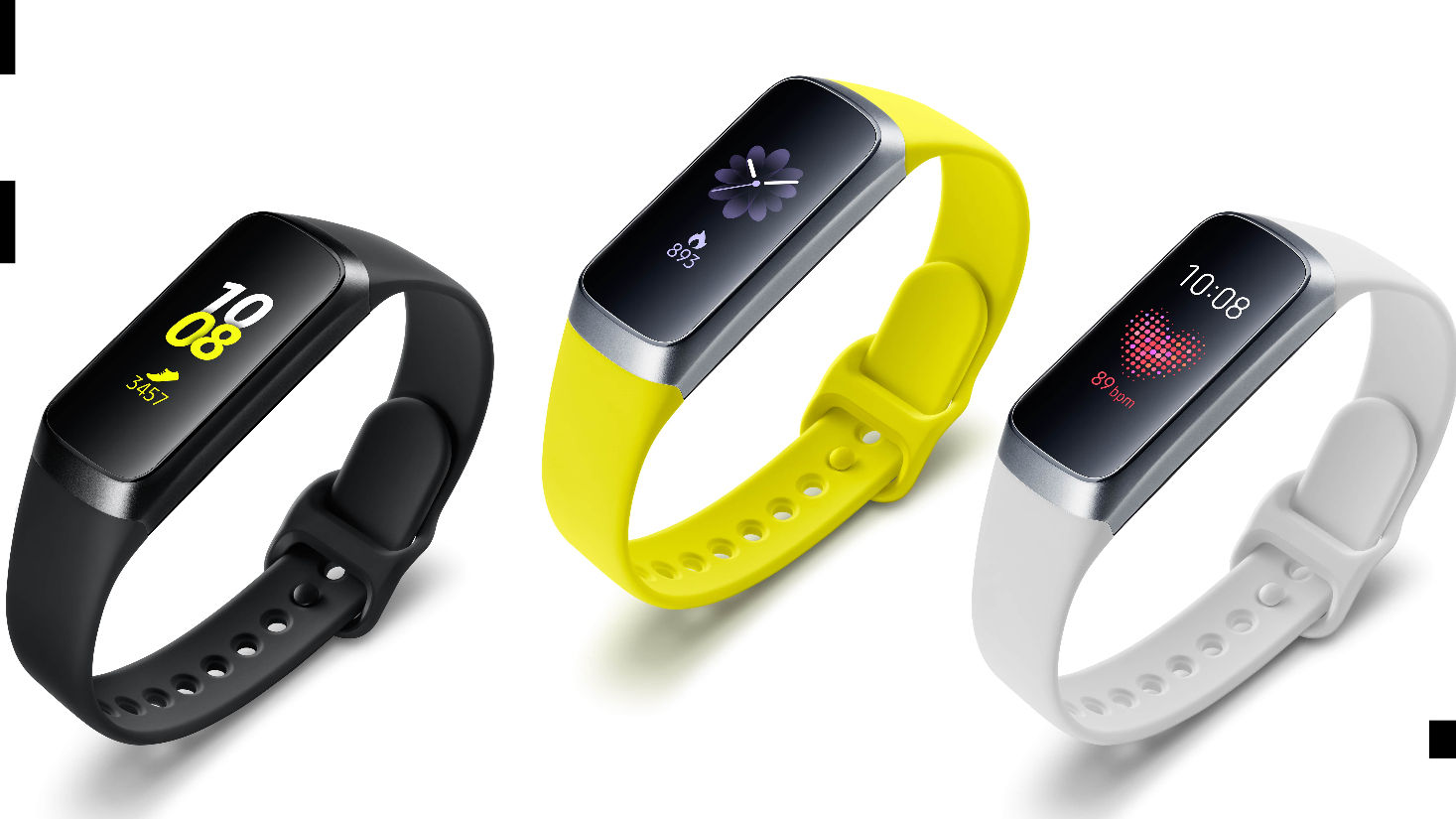 While not as curvaceous, the Galaxy Fit has a watch-like buckle that would remind you of the Gear Fit 2 Pro. There is a 0.95-inch AMOLED display on-board, 32MB storage and Bluetooth along with NFC connectivity. The 5 ATM-certified Galaxy Fit packs a heart rate monitor, accelerometer, and gyroscope, and can be used for step and sleep tracking. The Galaxy Fit comes in Silver and Black colour options.

The e-version has a smaller screen and a smaller battery and misses out on the gyroscope. The Galaxy Fit e comes in Black, White and Yellow colour options.