Although the Samsung Galaxy Watch 4 launch is not confirmed for August 11, a leaked live image of the device has surfaced online, showcasing two finishes. 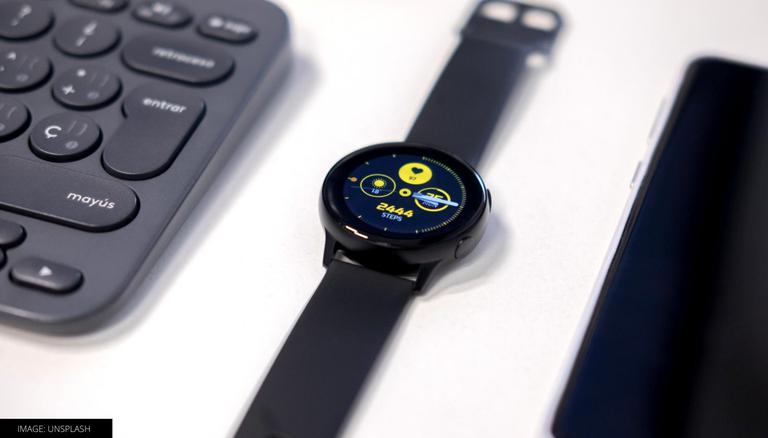 Although the Samsung Galaxy Watch 4 launch is not confirmed for August 11, a leaked live image of the device has surfaced online, suggesting the final form factor of the smartwatch. The image has been shared by 91Mobiles and shows the Samsung Galaxy Watch Classic in two colours: a metallic dial on the black strap and a silver dial on the white strap. As seen in the image, the Galaxy Watch 4 Classic has a round dial, along with the iconic physical bezel. On the right side of the dial, two buttons for navigation and power on/off are present. The display appears to be quite large, coinciding with the sizes that were spotted earlier on a website. The images are on terms with previous leaks about the smartwatch that suggested a Grey finish in addition to the standard black and white finishes. This time around, the smartwatch is also rumoured to come in three size options. 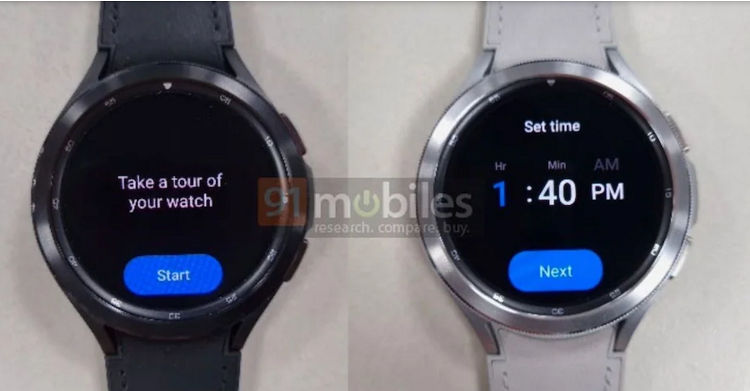 The message in the watch on the right reads "Take a tour of your watch," suggesting that the image was taken during the device setup process. However, none of the images reveal any changes that might come with Google Wear OS integration. For those catching up, Samsung and Google announced a collaboration at the MWC 2021, wherein both the companies announced a unified smartwatch platform that will benefit from both Samsung's and Google's expertise. The upcoming Samsung Galaxy Watch 4 might come with a new platform designed to deliver a seamless and useful experience to the user. The integration will also result in the availability of various applications on the Google Play Store that were absent from Samsung's Tizen OS.