AC Valhalla The Thunderer: Know How To Obtain The Legendary Thunderer Axe 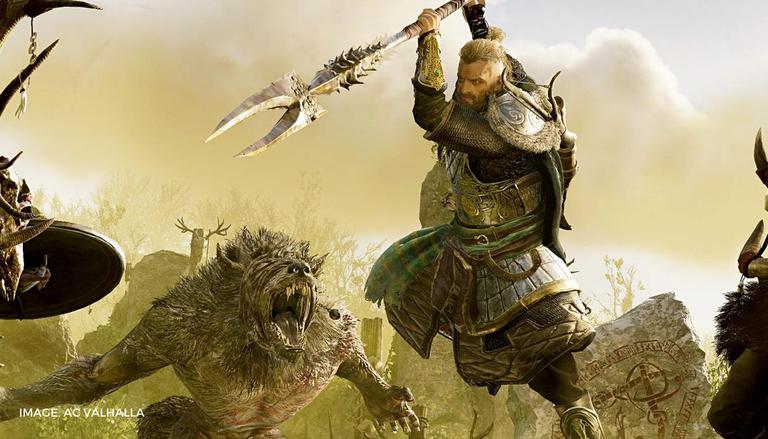 
AC Valhalla is an open-world RPG game that was released a few months ago. The game received a large number of unanimously positive reviews upon release and has become one of the most popular open-world RPGs right now. A new DLC update called the Wrath of Druids was recently released which contains a ton of new skins and weapon packs that can be used to upgrade your character. One of the weapons in the weapons pack, called 'The Thunderer' (an axe) is a valuable weapon for its stats and features. Read on to know how to get AC Valhalla the Thunderer sword.

How to get AC Valhalla the Thunderer Axe ingame?

The Thunderer is a legendary weapon from one of the latest AC Valhalla cosmetic packs called The Taranis Armour. This weapons pack has a ton of times such as helmet, armour, axe and a few more. As per the AC Valhalla lore, the Thunderer is a battleaxe named after Taranis, the Celtic God of Thunder. As per the lore, during the Viking expansion into Anglo-Saxon England in the 9th century, the bearded axe was made available to the shieldmaiden Eivor Varinsdottir of the Raven Clan through an Animus modification by Layla Hassan, an Assassin who relieved her memories. Players can get this axe by purchasing it from the Taranis Pack from the Helix Store. As mentioned above, the Taranis pack also has a ton of other items, which you can take a look at below.

The latest Assasin's Creed update - 1.2.1 was released by the developers on April 27, 2021, as the AC Valahalla website. A lot of balance changes and new content was introduced in the update. Many bugs and glitches have been removed. Players can take a look at the full update on the official AC Valhalla website. The game is available to play on Xbox Series X|S, Xbox One consoles, PlayStation®5, PlayStation®4, Ubisoft Connect, Epic Games Store, Stadia, and Amazon Luna. Stay tuned for more news on AC Valhalla and gaming.

READ | AC Valhalla well traveled: How to solve the beam puzzle in this quest?