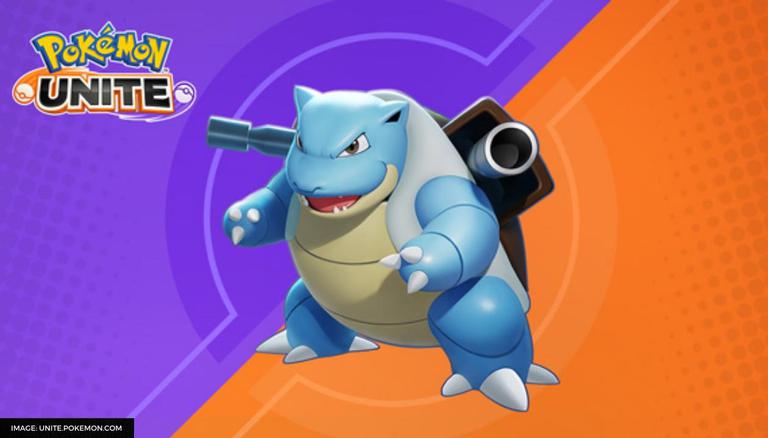 
Blastoise is a SS tier Pokemon in Pokemon Unite. It plays as a defender and has ranged attacks to target the enemy from a distance. Players can use the Pokemon to keep the opponent team members into a specific area of the arena by using its mobility skills. While using the Pokemon in the tactical gameplay, players can build Blastoise into four different builds. However, the Defensive Build and the Offensive Build are perhaps the ideal builds for players during most matches. Keep reading to know more about Blastoise Pokemon Unite build and how to get Blastoise in Pokemon Unite. Also, find Blastoise moveset for both defensive and offensive builds mentioned below.

This build is focused upon Blastoise's defensive nature and ability to push enemies back. The Pokemon Unite Blastoise Build is highly effective for controlling the crowd and increasing survivability. Using Hydro Pump, Blastoise can keep opponents at a distance and stun them using Surf. The offensive power of this build is not as high, but the focus is to provide strong support to other attackers in the team. Additionally, Blastoise can take quite a lot of hits.

READ | Pokemon Unite Moble release date set as September 22: How to download it on your phone?

As the name suggests, this build deals and takes good damage at the same time. With Rapid Spin, the Pokemon can turn attacks into a spinning AoE while dealing damage at the same time. Time the Rapid Spin correctly with the Unite Move and the attack can wipe out a whole team of opponents. Water Spout can be used to slow down incoming enemies and giving more time to team players for attacking.

How to get Blastoise in Pokemon Unite?

As mentioned on Pokemon.com, "Blastoise is now available to join your team. This popular Pokémon is a Ranged Defender, and it's sure to provide some useful support for your squad. This Pokémon begins each match as Squirtle, but it will evolve into Wartortle at Lv. 5 and Blastoise at Lv. 9. You can even make your Blastoise look positively fancy with its Fashionable Style Holowear." Players can get Blastoise by heading over to the in-game store and playing 8,000 Aeos Coins or 460 Aeos Gems.