Chivalry 2 Launch Date Set At June 8, Game To Be Available Across Multiple Platforms

Chivalry 2 release date is set for June 8, 2021. It is the sequel to Chivalry: Medieval Warfare which was launched back in 2021, and allows multiplayer option. 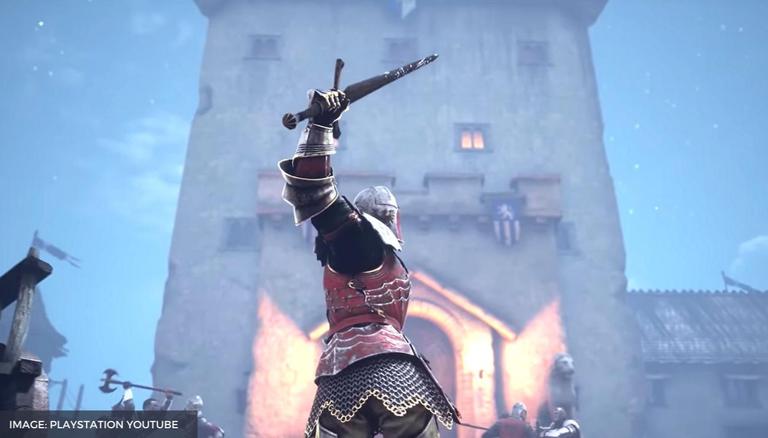 
Chivalry 2 is a hack and slash multiplayer video game developed by Torn Banner Studios. It is the sequel to Chivalry: Medieval Warfare which was launched back in 2021. The game can be played in both first-person and third-person perspectives. Equipped with old age weapons such as swords, axes, bows and arrows and sledgehammers, players have to win against other players using a combination of melee attacks. Read along to know more about Chivalry 2 release time and date.

Chivalry 2 release date is set for June 8, 2021. If a reader wishes to know how to play the game, what are the controls, or how to survive in a battle, the Chivalry 2 website has complete guides in the form of video. The game would come with a total of 8 maps at launch: 5 Team Objective maps and 3 Team Deathmatch/free-for-all maps. The 'team objective' maps include progression through levels and missions, capturing and defending territories. The 'team deathmatch' is all about fighting alongside other team members to defeat the enemy. In the 'free for all' map, every player plays for themselves, which leads to the survival of one.

As stated earlier, players can use three basic melee attacks such as horizontal slash, stab, and vertical slash. The combat also involves blocking enemies' attacks using time-bound controls. A new feature in the game also enables players to travel riding on horses. Since the story is based on medieval times, the characters in the game are divided into 4 types - Knight, Footman, Vanguard and Archer.

For those among the readers who might be thinking out loud, 'is Chivalry 2 Crossplay?' Yes, the game has been launched on multiple gaming platforms such as PlayStation 4, PlayStation 5, Xbox One, and Xbox Series X/S and PC as well. Chivalry 2 download is possible but the game would not be available to play until release time. Chivalry 2 release time is set at 8:30 PM IST on June 8, 2021, on all the listed platforms. As for Chivalry 2 download, the game is available to pre-load on Xbox devices, and both PlayStation 4 and 5. For PC users, the pre-load would be available at 8 PM IST on June 8, 2021.

WE RECOMMEND
PS5 games list: All the first-party and third-party games coming to the next-gen console