FIFA 22 confirms Alex Scott as a commentator to the game and the fans want to know more about it. So here is all the information about Alex Scott and FIFA. 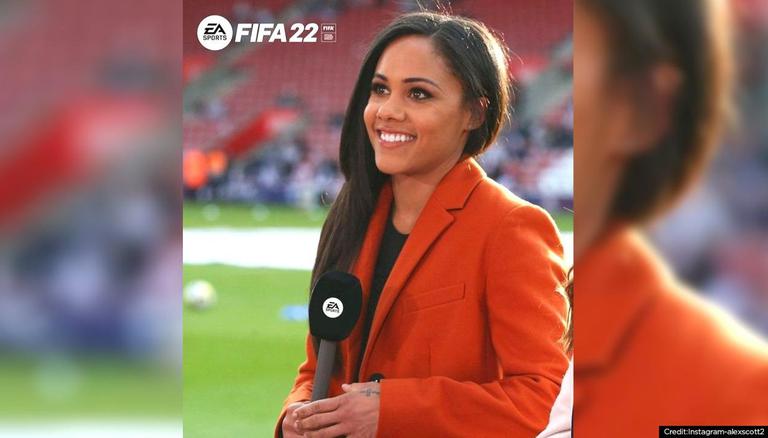 
FIFA 22 has now been announced by EA and a number of new changes are going to spark interest for this version of the game. They have now confirmed to bring in Alex Scott as FIFA’s first English-speaking female commentator to the game. This has happened for the very first time in the history of FIFA 22 as all the English-speaking commentators in the already released games were male. This has been picked up by the gamers and they are curious to learn more about it. So here is all the information about Alex Scott and the upcoming FIFA 22. Read more

Happy to finally share the news that I joined the FIFA family and will be commentating for #FIFA22! 🙌🏾🎮

Alex Scott recently gave a statement in a press release from EA. The former Arsenal players felt that "Representation is crucial and the inclusion of an English-speaking female commentator on FIFA is game-changing. The impact it will have is simply stratospheric. It’s a big moment for me personally and professionally." She also said, "It’s an honour to be part of the FIFA gaming institution, alongside some of my brilliant presenting colleagues. Whilst I am the first English-speaking female broadcaster to feature in FIFA, I will certainly not be the last."

Keep in mind that Scott will be a "goal commentator" in the game. This means that her voice will buzz in only after a player scores a goal. Apart from this, a nuembr of players have also been asking about FIFA 22 specifications. These are only for the PC players are consoles have the capability to run these games seamlessly. Usually, the PC version of this game does not require high specifications. All they need is stable and fast internet connections for multiplayer gaming is a must for Fifa 22 players. Here are the requires system requirements for Fifa 22 to run seamlessly.

WE RECOMMEND
Fifa 22 Ultimate Edition PS4 and Xbox One pre-order release date set for September 27
Fifa 22 new Features: Career Mode, HyperMotion Technology and more additions
Is Fifa 21 cross platform? Here's how you can play the game against PS4, Xbox One players
FIFA 21 FUT Champs: Release time and how to claim the FUT Champs rewards in the game
Madden NFL 22 India release set for August 22: Know more about the price and features