FIFA 22 TOTW 4 Prediction is out and the players are curious to learn more about it. Here is all we know about the upcoming players in TOTW 4. Read more. 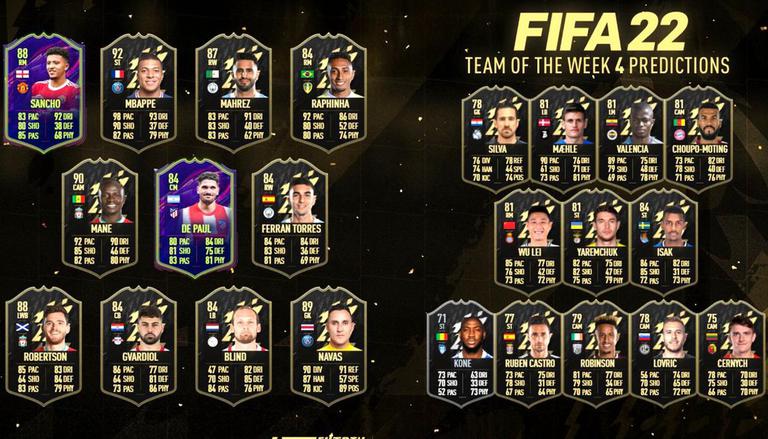 
FIFA 22 has now been released by EA and the players are certainly loving the new changes added to the game. But some are still loving the already existing features like releasing a new team of the Week for the Ultimat Team game modes. EA makes some changes to the player cards depending on the performance of the players. FIFA 22 TOTW 4 will include the top players of the week very soon and the community is extremely excited to hear about these players. To help out the football fanatics here is all the information available on the internet about FIFA 22 TOTW 4. Read more

EA is supposed to release FIFA 22 TOTW 4 by October 13. The industry experts have followed the release of other TOTW in the past and claim that the new cards are going to get unveiled at 6 pm UK time. Well-known FUT analyst, Futbin has now given out its FIFA 22 TOTW 4 predictions online.

These predictions have been given out after considering the live performance of the players in various tournaments like the UEFA Nations League and Premier League. Keep in mind that these are just predictions and EA has not given out anything official about the release of these players. Have a look at all the players in FIFA 22 TOTW 4 predictions released by Futbin. Apart from this, wait for the official FIFA 22 TOTW 4 to be announced on the game's official social media handles.