FIFA 23: Will The Upcoming EA Game Be 'free-to-play? When Will It Release? Details Inside

FIFA 23 leaks and rumours have already started to be released and the players are curious about them. So we have listed all the information about it here. Read 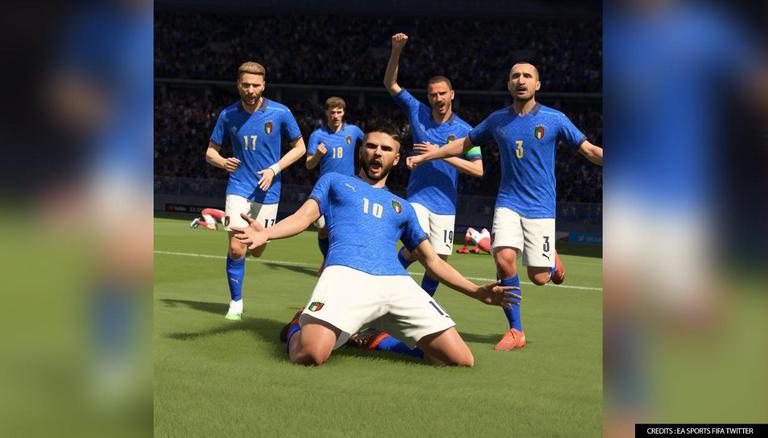 
EA Sports have been extremely busy with the upcoming release of their new FIFA 22 game. The makers have made a number of new changes to the game and the fans are loving it. But a new leak from a reliable Twitter user, Donk has released some mind-blowing information about the next-generation game, FIFA 23. His Tweet confirms that FIFA 23 will be a free-to-play title and also support cross-platform play. This has certainly blown up the entire gaming community and they have been asking a number of questions about it. To help them, here is all the information on the internet about the upcoming FIFA 23. Read more to know about the leaks on this upcoming EA Sports title.

The Twitter post from Donk confirms that the next FIFA 23 will be released as a free-to-play title. This can be a bit believable after their competitors announced that PES is going to be free to play game. Konami also confirmed that their well-known Pro Evolution Soccer title is going to be changed to e-Football. This is mostly because the makers wanted to get rid of the format of releasing new updated versions of the game every year. Instead, they will be releasing two huge updates every year. Thus EA Sports could also think of switching up their game’s release plan to a single game with yearly updates. Nothing official has been announced by the makers about this update.

Apart from this, the crossplay version leak of the game might also be believable after makers announced that FIFA 22 will not be a crossplay title. This means that the players cannot use multiple consoles for playing this football esports release. Experts claim that EA will stick with September for FIFA 23 release. But nothing official has been released about it. Apart from this, PSG striker, Kylian Mbappe has also been confirmed as the cover star for the FIFA 22 game. The pre-order is already live and the game is slated to be released on October 1 for the standard edition. Players who have bought the Ultimate Edition of the game will be able to play the game by the end of September. No other information has been released about the FIFA football game franchise.