Fortnite Ariana Grande skin might release soon. Fans are taking social media platforms to upload artwork and concept skins. There might be a bundle as well. 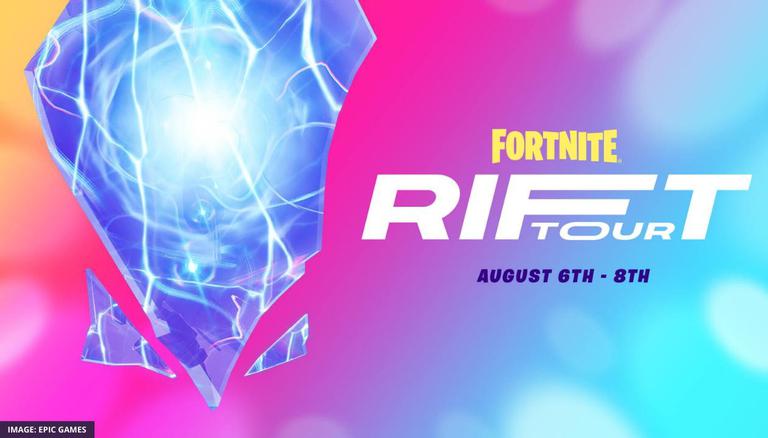 
Fortnite will be conducting a live music event from August 6 to 8, 2021. As mentioned by Fortnite from their official Twitter handle, the event's name will be the Fortnite Rift Tour. The event was announced on July 29, 2021, following a bunch of reports and rumours about a Fortnite concert in Chapter 2 Season 7. Additionally, leaks suggest that Fortnite is collaborating with Ariana Grande for the concert, bringing all-new Fortnite Ariana Grande skin in the game. Keep reading to know more.

Will there be a Fortnite Ariana Grande Skin?

Ariana Grande is rumoured to perform at the upcoming Fortnite Rift Tour event scheduled from August 6 to 8. However, Fortnite has yet not confirmed the rumour, nor denied it. The only thing confirmed is the event's schedule and that Fortnite will feature a record-breaking artist. Nevertheless, fans are excited about the upcoming event, as previous Fortnite in-game concerts have been a huge success with celebrities like Travis Scott and Marshmello. If Ariana Grande makes an appearance in the online multiplayer shooter game, the launch of skins and cosmetic items is highly likely.

While the Ariana Grande skin is not yet confirmed, fans are taking social media platforms to upload artwork and concept skins. Players are expecting variations and props, along with exclusive cosmetic items as well. Since the Rift Tour is scheduled for August 6 to 8, the skins and other items might be launched on the in-game Item Shop or on before August 6, 2021. If the skins do not show up before the event, they are likely to be released on the day of the event, as it increases the enthusiasm among fans. However, do keep in mind that Fortnite's collaboration with Ariana Grande is not confirmed yet. 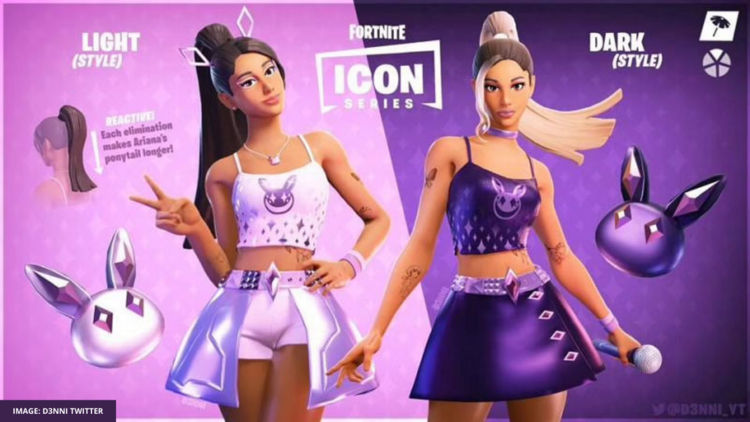 To estimate the pricing of Fortnite Ariana Grande Skin, players can draw a reference with previous Fortnite collaborations and the cost of resultant skins. The Travis Scott skin was priced at 1,500 V-Bucks, and so was the Marshmello skin. It might be a possibility that a bundle including all other cosmetics will be priced around 2,500 V-Bucks. More specifics will be clear once Fortnite confirms the celebrity performing during the Rift Tour event.

WE RECOMMEND
Fortnite to collabotre with DC Comics to release The Suicide Squad's Bloodsport skin
What is Ariana Grande and Dalton Gomez's combined net worth? Find out
Fortnite leaks suggest that the countdown could bring in an Ariana Grande concert
Ariana Grande treats fans with pics from romantic getaway with husband Dalton Gomez
Music Mogul Scooter Braun 'temporarily' splits with Yael after 7 years of marriage