Fortnite introduces Will Smith's Mike Lowrey character from Bad Boys in Fortnite. Here is all information about getting this new skin in the battle royale game 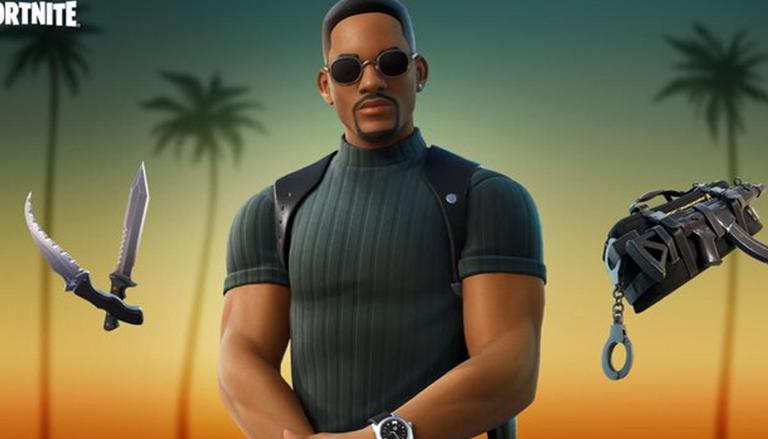 
Fortnite has managed to increase its in-game playable skins and they have recently added a popular character played by Will Smith to their game. Epic Games has introduced Mike Lowrey in Fortnite as a playable cosmetic. This has been picked up by the community and they are curious to learn more about this new cosmetic set released in Fortnite. The players have been asking specific questions like, ‘How to get Mike Lowrey character in Fortnite?’ Here is all the information released on the internet about the new Fortnite skins. Read more

Since Fortnite is a free game, Epic Games uses their in-game shop items to earn money off their players. The players can buy these iconic characters in the game using V-Bucks. The in-game currency can only be bought using real money. The makers have fixed the price of Mike Lowrey from Bad Boys price as 500 V-Bucks. This will give the players access to the Michael Lowrey skin and the Detective's Duffel Back Bling. Other items like Loose Cannon Cutters pickaxe replacement can also be bought for an additional 500 V-Bucks. The players can also opt to buy the full Will Smith-Michael Lowrey cosmetic bundle for a total of 2,000 V-Bucks which is about $20 in real money. Apart from this, the makers have also managed to release a new event for the Imposter mode in their game. Here is more information about the new Fortnite event released in the game. Read more

Epic Games has introduced the new Fortnite Impostors Trials in the game which started on August 25 at 13:30 IST and is scheduled to go on till September 6, 09:29 IST. The event can help the players earn new badges and in-game rewards. Rewards include Hot-Headed Spray: One Badge, Just Between Us Emoticon: Six Badges and Spectral Flex Wrap: 11 Badges. Apart from this, Epic Games has released a new set of challenges this week to give the player EX and rewards. Here is a list of all the Fortnite Week 12 challenges in the game.

READ | What is Fortnite Bim Bam Boom Emote and where is it inspired from; read to find out
READ | Fortnite J Balvin Cosmetic Set released: How to get J Balvin Skin for Free in Fortnite?
READ | How to participate in the Fortnite Impostors Trials? Know about new missions and rewards
READ | Martin Luther King is coming to Fortnite, players can experience iconic speech in the game
READ | How to get The Grappler Bow in Fortnite? Learn how to find this new exotic weapon
Tags: Fornite, Will Smith, Mike Lowrey in Fortnite
First Published: 30th August, 2021 18:40 IST

WE RECOMMEND
Will Smith's 'I Am Legend' screenwriter Akiva Goldsman busts 'made-up' vaccine myth
Will Smith's upcoming thriller 'Emancipation' makers halt shoot as COVID-19 strikes crew
Will Smith's homer in the 10th lifts Dodgers past Mets 6-5
What is Fortnite Bim Bam Boom Emote and where is it inspired from; read to find out
'Fresh Prince of Bel-Air reboot': 2 showrunners exit sitcom citing 'creative differences'