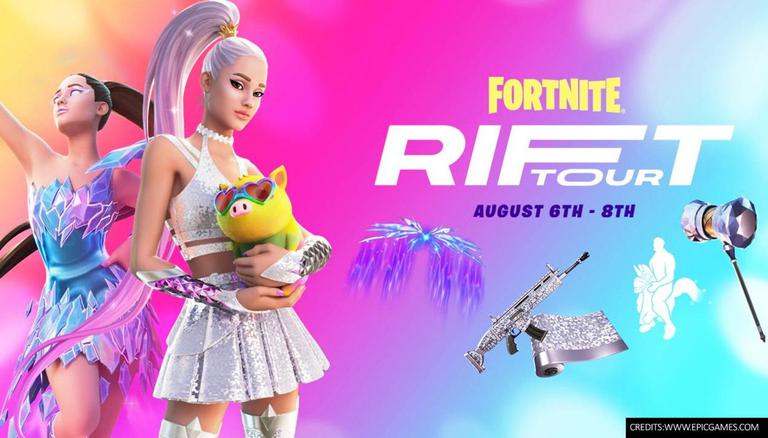 
On August 7, 2021, at 03:50 AM IST, a tweet from Fortnite Status thanked players for joining the first live concert in the ongoing Rift Tour event. While the tweet reminded people about four more shows that will take place today and tomorrow, it also announced something else. Fortnite Status' tweet says more about COre Battle Royale playlists and Fortnite Creative mode is re-enabled, meaning that the Fortnite Creative Mode is going to be back soon. Readers who are wondering about when is creative coming back to Fortnite, keep reading to know more.

When is creative coming back to Fortnite?

Thank you for joining us for the Rift Tour! As a reminder, there are four more shows. For more details, head to https://t.co/lxXpk4ZWOB.

READ | Fortnite Week 9 Challenges released: How to complete these Legendary and Epic Quests?

All Battle Royale playlists and Creative mode have been re-enabled. Thank you for your patience! pic.twitter.com/Ra7tEFIsgo

The issue with the "Checking for Updates..." screen has been resolved. Players are again able to log in. pic.twitter.com/beo2RZosJG

When is party royal coming back?

Around 11:30 PM on August 6, 2021, three features in Fortnite were disabled, including Creative mode, Battle Labs and Party Royale. While the Fortnite Creative mode is used by creators to design gameplay and experiences that can be shared with other players, Battle Labs allows Fortnite players to play with their friends, having the whole island to themselves. Besides, the Party Royale is an experimental space in Fortnite where players can enjoy minigames or join friends to attend online events. Along with the creative mode being re-enabled on Fortnite, the Party Royale mode has also been re-enabled.

READ | Ariana Grande Skin Released in Fortnite; Check out the cost & other factors

While the Fortnite Rift Tour was hyped for a long time, a lot of fans had high expectations from the event, which seems to be the cause of disappointment among them. On an Instagram post related to the Rift Tour concert, fans have expressed how they feel about the Rift Tour event, and the comments range from "disappointed" to "Way too short." Some netizens also complained about the time they had to wait for the event, saying that "it was 3 min long and I waited 25 min". Have a look at the comments below.

READ | How to get Cammy Cup Skin in Fortnite: Here are Fortnite Cammy Cup Details 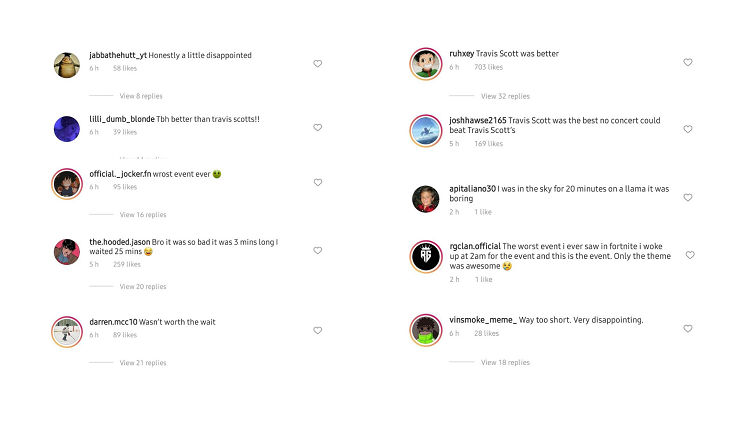