Fortnite's Halloween Event Launched: How To Get Frankenstein’s Monster Skin In Fortnite 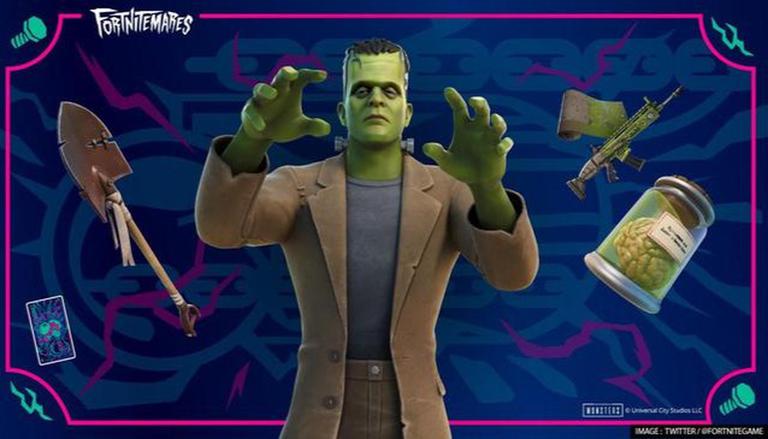 
Fortnite has just confirmed the release of its annual Halloween event, Fortnitemaires 2021. The event is currently live and is scheduled to run till November 1. Epic Games usually brings in several Halloween-themed weapons, cosmetics and upgrades to the game with their Fortnitemares. Similarly, several Halloween-themed outfits can be purchased from the in-game store. Makers have also brought in the characters like Universal Pictures-inspired Frankenstein’s Monster and The Mummy for its users. After the launch of these Fortnite skins, several users have been trying to find answers to ‘how to get Frankenstein’s Monster and The Mummy skins in Fortnite?’

How to get Frankenstein's Monster skin in Fortnite?

Epic Games usually releases the new skins as part of a bundle that can be bought from the in-game store. Players can get both skins by purchasing the Universal Monsters Set from Fortnite’s in-game store. As these characters are available in the store, players will not be able to get them for free. Players will need to collect several V-bucks to buy the skin now. The Mummy skin for Fortnite is scheduled to be released in the game soon. Apart from this, Epic games has already planned to reveal legendary monsters and other characters to the game. Epic Games is also planning to release Rick Grimes from The Walking Dead. Keep in mind that the release of this cosmetic is yet to be confirmed by Epic Games.

Epic Games has also confirmed that the Fortnitemares 2021 is going to end with the classic Battle Royale’s third Short Nite film festival that is also known as Shortnitemares. Makers usually screen horror shots with the help of their creator-made movie theatre by Quantum Builds. Reports confirm that each shot is supposed to have its own theatre room. The festival will allow the users to choose the order of shots or watch them all in a loop. More details about this upcoming film festival is supposed to be released soon. Till then, keep an eye out for any updates on Fortnite's official social media handles.

WE RECOMMEND
Fortnite Season 8: How to download Fortnite on Android and iOS devices?
Fortnite v18.10 launched by Epic Games: What to expect from this update?
Where to hunt wolves in Fortnite? Full guide for Fortnite Punchcard Challenges
Fortnite Season 8: New event leaks, Golden Cube activation and expected map changes
Apple refuses to lift ban on Epic Games, CEO Tim Sweeney calls it 'abuse of monopoly'
Listen to the latest songs, only on JioSaavn.com