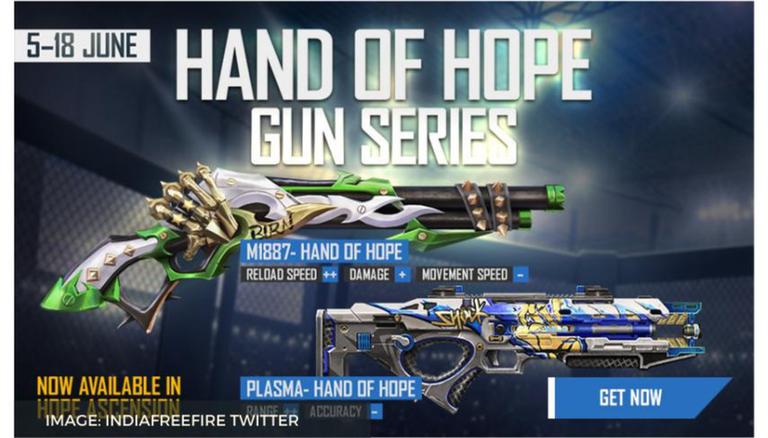 
Garena Free Fire is one of the famous online multiplayer shooting match-ups with a major player base. Free Fire is a versatile application that has become much more mainstream since PUBG was restricted in India. Free Fire has many game modes that players can evaluate, for example, Battle Royale Mode where 50 players play 10-minute rounds. They likewise have different modes like 4v4 and Squad Battles. Free Fire also holds regular events to provide new content for its players. Many players wish to learn more about Free Fire Hope Ascension Spin Event.

The mighty Hand of Hope guns have dropped in-game! 🔫 Get your hands on the long-awaited M1887 Hand of Hope and the Plasma Hand of Hope skins from the newest event, Hope Ascension.

Free Fire hosts regular events for the players to have some fun and also unlock some cool new stuff. The Hope Ascension Spin event in Free Fire is a Spin and Win event. The players will need to spend diamonds on this Premium Spin wheel to earn prizes such as weapons from the Hand of Hope bundle. These weapon skins will not only help the user change the appearance of their weapons, but also the stats. The Hope Ascension Spin event in Free Fire will cost the user 20 Diamonds for each spin and after every spin, the player can claim certain rewards. The event has kickstarted on the 5th of June and will go on till the 18th of June in Free Fire. Check out all the rewards for the Free Fire Hope Ascension Spin Event Update below: