Genshin Impact Baal Leaks: What To Expect About The Raiden Shogun Baal?

The update 1.6 will add a new territory to Genshin Impact and along with it the players will be introduced to the awaited Genshin Impact Baal. Read on. 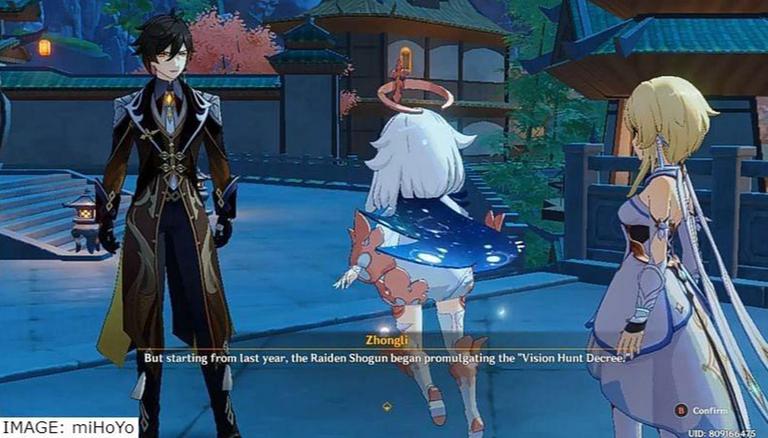 
While miHoYo has yet to make an official announcement about Baal, we do know that the Electro Archon will be added to the game during the Inazuma area update. This update will add a new territory to Genshin Impact, building on the present locales of Mondstandt and Liyue. When Inazuma opens, it will feature everything from new samurai-inspired foes to devastating weaponry and storey tasks. Continue reading the article to know all about the latest Genshin Impact leaks connected to Baal.

The leaked photos of Baal were released on the official Genshin Impact subreddit and look to be from in-game concept art. On Twitter, Zeniet, a well-known Genshin leaker, also shared the information about Baal with fans. The pictures are merely of her silhouette, but it is not that hard to guess about what her appearance could be like once the Inazuma area update is released.

She can be seen in the stolen photos carrying a samurai sword and wearing exquisite clothes. It'll be interesting to see whether this design changes after she's released. More information on the highly anticipated characters Ayaka and Baal has leaked alongside the contents of the impending 1.6 release. The Ayaka are set to join the Inazuma region, and players are eager to learn more about them.

Ayaka will be stronger than Xiao, according to popular Genshin leaker Sukuna. This provides gamers a rough notion of Ayaka's power and should help to boost the game's anticipation. Xiao is one of the finest DPS characters in the game, so using him as a yardstick to measure Ayaka's efficacy is a good idea.

Baal is also known as Raiden Shogun and the God of Eternity. She is the current Electro Archon and a member of The Seven, and she is the ruler of Inazuma, an area highly influenced by Edo Japan. The Electro user commands respect from her friends and terror from her foes as the Shogun of the Inazuma Bakufu.

READ | Where to find Fireflies in Genshin Impact? Know more about the Luminescent Spine location

On June 9th, the Genshin Impact 1.6 update will be released. Kaedehara Kazuha, a new playable character who will play a key role in the future Archon Quest, will be presented. Premium summer-themed additional clothes for Jean and Barbara will be included in version 1.6.