Genshin Impact Misty Dungeon event: Here's Everything You Need To Know About It

Genshin Impact players have recently been talking about the new Misty Dungeon event. Read on to find all the important information about it. 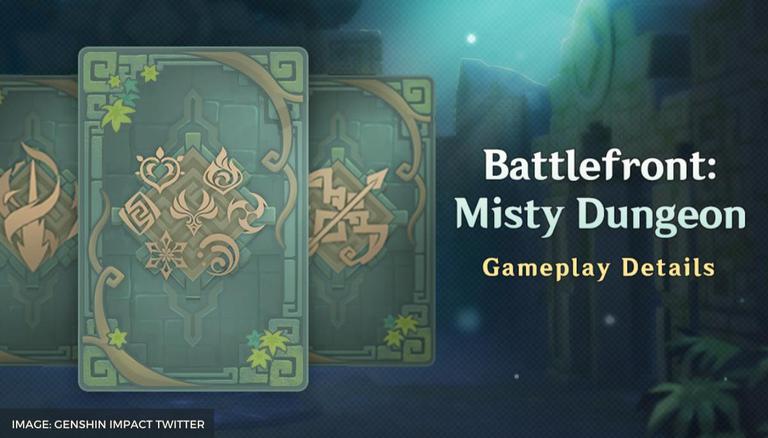 Genshin Impact players have recently been trying to know more about the new Mystery Dungeon that has been released. The makers have uploaded a blog post on MiHoYo’s official website and have shared all the valuable information about the event there. This event has started on May 21 and will go on till May 31st.  This new Genshin Impact Misty Dungeon will have a total of six trials and each of them will have different themes. Two new trials will be unlocked every alternate day. In these events, the players are required to activate all the Ancient Runes within the time limit to get through the Final Challenge. The players need to assemble a team with specific trial characters. The event is made up of six trials of different themes. Finish them and get rewards like the Primogems, Hero's Wit, and Talent Level-Up Materials.

READ | Genshin Impact: Learn all you need to know about Tartaglia in this guide

During the event, Travelers may assemble a team and complete the trial quests to obtain rewards such as Primogems, Hero's Wit, and Talent Level-Up Materials.

Apart from this, the users have recently been trying to find answers to questions like whether there are any new Genshin Impact 1.5 leaks. A popular character named Bhaizu has been rumoured to be added to the game. This Genshin Impact 1.5 leak has been one of the most talked-about topics recently. No official announcements have been made by the makers themselves but there are a number of rumours about the same.

READ | How old is Childe in Genshin Impact? Learn all the details in this guide