How To Catch Flying Pikachu? Complete Guide To Capture The 5 Balloon Pikachu

How to catch Flying Pikachu has been a popular question asked amongst the gaming community. So we have answered some of their questions right here. Read more 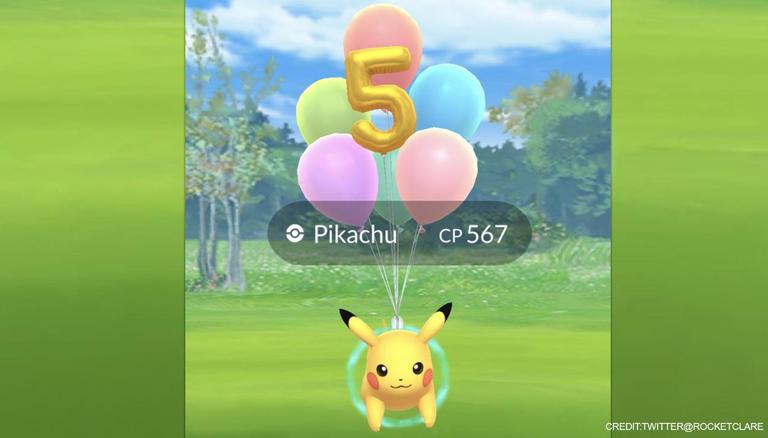 
Pokemon Go makers have constantly been expanding their Pokeverse for a long time now. For celebrating their Fifth Anniversary Edition, the makers have now launched a series of new Pokemons and the flying Pikachu is one of them. Because of this, the gamers have recently been asking specific questions like How to catch flying Pikachu in the game? To catch it, the players will need to keep an eye out for this 5 Balloon Pikachu as it is going to be floating in the air randomly. There is no specific location but the players can easily come across the 5 Balloon Pikachu while participating in the Pokemon Go Anniversary event.

How to catch Flying Pikachu in Pokemon Go?

The players can easily identify this 5 Baloon Pikachu because of its distant 5 shaped balloon. They can catch this Pokemon and get rare candies and ample amounts of Pokeballs to catch Pokemon. Keep in mind that feeding this Pokemon with raspberries will make it even difficult for the players to catch this Pokemon. This is because the Pokemon will then rise higher in the air and try to move away from the players. Apart from this, a number of new features and content has been added to Pokemon Go. To help out the players, here are some of the new changes brought in with Pokemon Go’s Fifth Anniversary collection.

As promised by the makers, the game’s Pokeverse has certainly been increased with new raids and encounters with Pokemons including Darumaka, Chespin, Fennekin, and Froakie. All the Pokestops in the game will have active Lure which can help attract these Pokemons. A new Jump-Start research has been started by the gamers that can help the players get supplies for their games. This is mostly for the players who had missed the last anniversary celebration and its rewards. This is a great step taken by the makers so that all the players can now get useable rewards and abilities to compete with experienced players. Apart from this, there has been no official announcements about the upcoming updates to the game. Thus waiting in for Niantic to announce anything new and enjoying the Fifth Anniversary collection is the only option left for the gamers for now.