How To Evolve Regirock In Pokemon Go? Know All About The Legendary Titan Trio Here

How to evolve Regirock in Pokemon Go? It is known that no Legendary Pokemon may breed or hatch from an Egg in the core series games. Read on. 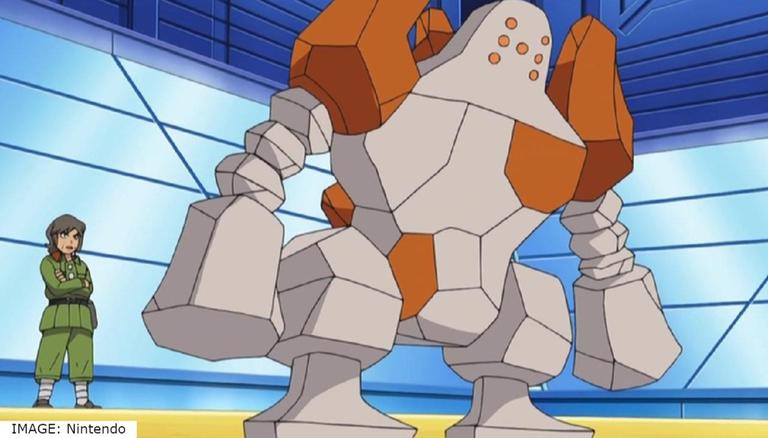 
Regice, Registeel, and Regirock are the three Legendaries who will take over as raid bosses during the first part of June, according to Niantic. The Legendary Titans of Hoenn will stay for two and a half weeks before being replaced by an unknown Legendary Pokemon.So how to evolve Regirock in Pokemon Go?. Continue reading the article to find out if it is possible to evolve Regirock in Pokemon Go.

Regirock is one of the legendary Rock-type Pokemon with stats of 179 attack, a defence of 309, stamina of 190 stamina and a max CP of 3530 in Pokemon Go. The first time it was introduced was in Generation 3 in the Hoenn region. This Pokemon is weak against Fighting, Grass, Ground, Steel and Water-type moves and its attacks get boosted by Partly Cloudy weather. Regirock evolution doesn't exist as it is a legendary Pokemon.

No Legendary Pokémon may breed or hatch from an Egg in the core series games. Legendary Pokémon, with the exception of Type: Null, Cosmog, and Kubfu, and their evolutionary families, cannot evolve, however many can change forms and form part of a duo or trio. Plus the legendaries are powerful as they are, so they don't have any further need to evolve. A good news for those players is here who want to obtain this Pokemon in Pokemon Go. It is known that legendaries can only be caught in this game through different tier raids and this time the legendary titan trio are coming back in June.

READ | How to evolve Flareon in Pokemon Go? A detailed, step by step guide

The next season, dubbed "Season of Discovery," has been unveiled by Niantic. The 5th anniversary events as well as Pokémon GO Fest 2021 will be held here. Regirock, Regice, and Registeel will all return to five-star raids to kick off the Season of Discovery. From Tuesday, June 1, 2021, at 10:00 a.m. local time, through Thursday, June 17, 2021, at 10:00 a.m. local time, they will appear. Then, in five-star raids, a surprise Pokémon will arrive.

READ | How to evolve Registeel in Pokemon Go? Learn whether Registeel can evolve or not

READ | Pokemon go regirock best moveset: What are the best movesets of this legendary Pokemon?

WE RECOMMEND
Pokemon go regirock best moveset: What are the best movesets of this legendary Pokemon?