How To Get Hamayumi In Genshin Impact: Check Hamayumi Location, Methods, Mysterious Conch

Hamayumi in Genshin Impact is a 4-star bow that increases the damage of a normal attack by 16-32% and charged attack by 12-24%. Find out its location and more. 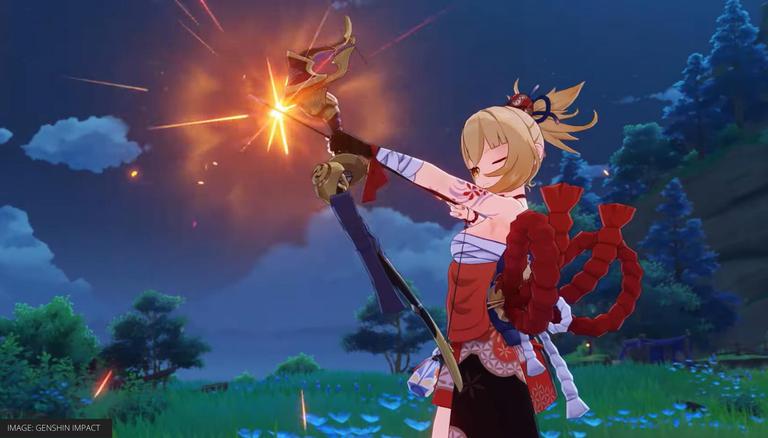 
Genshin Impact is one of the most popular open-world role-playing games with loads of characters, weapons and quests. To get Hamayumi, which is a secret weapon in the game, players have to obtain its diagram. However, both the location of the diagram and the method to get it are difficult. Keep reading to know more about methods to get the Hamayumi and its location.

How to get Hamayumi in Genshin Impact?

Hamayumi is a 4-star bow that increases the damage of the normal attack by 16-32% and charged attack by 12-24%. If the character who owns that bow has 100% energy, the effect of the attacks is boosted by up to 100%. However, the way of getting this 4-star bow is very confusing. In order to get the weapon, a player needs to obtain its diagram.

To get the diagram required for Hamayumi, players need to meet Takashi. Takashi can be found north of Tatarasuna. The presence of a Teleport Waypoint south of Takashi makes it slightly easier for the players to glide up to him. When Takashi is found, a player needs to talk to him to offer three Mysterious Conches for a day so that player can open one of Takashi's chests. Spending time selecting which chest to open will not work, as a player has to open at least seven chests in order to get the Hamayumi diagram. Once a player gets the diagram, the Hamayumi bow can be crafted.

How to get Mysterious Conches in Genshin Impact?

Mysterious Conches are not farmable like other items in the game. Additionally, seven of them spawn on the first day and thereafter three of them spawn every day. The Mysterious Conches spawn at generic locations in the game. In order to find them, investigate the surrounding areas where Takashi is located. A place where players can secure the conches is in shallow water by Takashi's place.

What is required to craft a Hamayumi bow?