How To Get Palkia In Pokemon Go? Know The Exact Steps To Catch This Legendary Pokemon

Palkia is one of the strongest and rarest Pokemon in the Pokemon GO game. We have created a guide on how to get Palkia in Pokemon Go. Take a look. 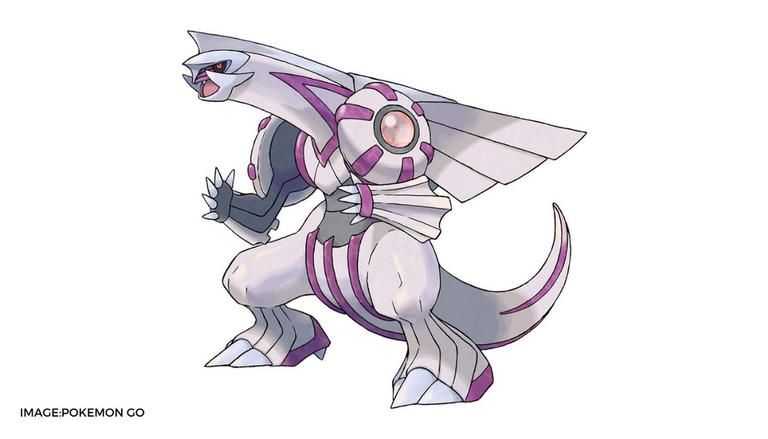 
Pokemon Go is among the most popular mobile games in the world. The reason behind its success is its very concept in its gameplay as it requires players to get out of their houses and walk around in their locality in different landscapes to catch a variety of Pokemon. Players can visit different exotic locations like hills, forests, factors etc to catch a specific type of powerful Pokemon that are only found at specific places. The game has been appreciated for its ability to get people active, unlike other games where people can just stay inside their houses to play. One of the rarest and most powerful Pokemon in the game is the legendary dragon and water type Pokemon known as Palkia. Read on to know how to get Palkia in Pokemon Go.

How to get Palkia in Pokemon Go?

Palkia is one of the rarest and most powerful Pokemon in the game. From the Pokemon lore, only a very small handful of legendary Pokemon are in the game, and Palkia is one of them. Catching Palkia in Pokemon Go is no easy feat as the Pokemon cannot be found out in the wild. Palika can appear in raid boss battles in or around your city if you are lucky. Palkia was released back in 2019 and the Pokemon Go developers had warned that players would need to group up and beat Palkia in the raid boss battle if they find one. Ideally, a group of 10 people should take on Palkia as it is one of the strongest Pokemon in the game.

In order to beat Palkia, you and your team will have to use Dragon-type pokemon, as they are the only effective Pokemon against Palkia. It is possible it will take you and your team a few tries before you can find a Palkia that can be defeated, as Palkia is enormously strong. Even if you and your team beat Palkia there is no guarantee you will be able to catch it. When you defeat Palkia in a raid battle, you will be awarded some Premiere Pokeballs that you can use to catch the Palkia before you. If you run out of Premiere Pokeballs, you will have to find a new Palkia at a raid battle, all over again. The best way to beat this Pokemon is to recognise Palkia weakness and make a strategy with your team to beat it.

READ | How to complete Seven Coloured Shadow in Pokemon Go? A detailed, step by step guide

READ | How to evolve Roserade in Pokemon Go? A detailed, step-by-step guide