Is Demon Souls Coming To PC? Check Details About The 2009's Remake Game

Is Demon Souls coming to PC? has been a question for many long time Souls games fan. Read below to know whether the remake will be coming to PC.

Sony recently held its summer PS5 event where it unveiled major gameplays of the upcoming console.  The event featured Final Fantasy 16, Spider-Man: Miles Morales, Harry Potter Hogwarts Legacy and much more. But, the event also showcased the gameplay for the Demon's Souls gameplay which left gamers confused whether it will be coming to PC.

Also read: PS5 pre-order sold out? Where to pre-order the PlayStation 5?

Is Demon's Souls coming to PC?

Sony recently unveiled the trailer for their Demon’s Souls remake and ended it by stating it will not be available on other consoles for a limited time and will also be available for PC. However, Kotaku reached out to Sony who has now confirmed that the game will in fact, not be coming to PC and any other consoles. It will be a PS5 exclusively which is now speculated to be only for a limited time. 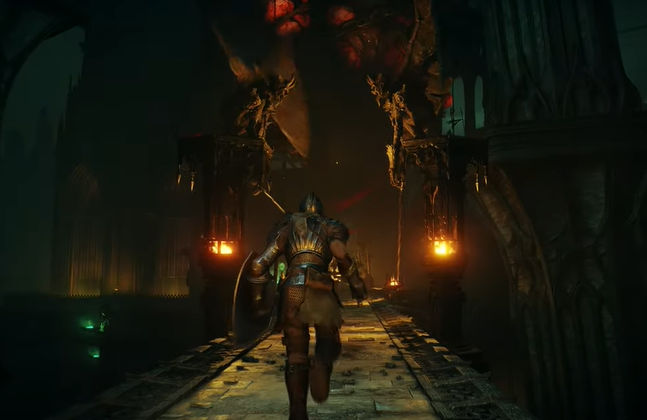 The Demon’s Souls remake will not be released on any of Sony’s previous consoles either. So, an Xbox release is out of the question. The PS5 developer company has also confirmed that Spider-Man: Miles Morales and Demon’s Soul remake will be the on-launch games for the latest console.

Also read: PS5 event live stream; How to watch and what to expect from the event?

Sony has also gone to the lengths of pulling the Demon’s Souls remake trailer from YouTube. Demon’s Souls initially released back in 2009 as a PlayStation 3 game but never really lost its thunder as fans kept gravitating back to it. Its popularity was far enough for the developers to keep its servers active for multiple years, only to shut it down in 2018. Demon's Souls return to the mainstream gaming era along with updated graphics is evidently an attraction for longtime gamers who might eventually end up buying the latest PS5 console just to experience the game all over again.

Also read: PS5 Showcase event: When and where to watch the live Sony event?

The original description of Demon's Souls remake posted under the YouTube trailer had revealed that it will allow players to choose between two graphics mode. While one focuses on frame rates, the second one changes the frame rates. This means that players will be able to get their extra nostalgia-punch with the game as it can revert back to its original graphics from the previous decade. The Demon's Souls remake will launch exclusively for PS5 on its launch day of November 12, 2020.

WE RECOMMEND
3 months ago
Demon's Souls PS5 Game Details, Release Date And Trailer: All We Know So Far
3 months ago
PS5 Games list: What are the expected prices of the new PS5 games?
3 months ago
GhostWire Tokyo PS5 game details, trailer and release date; All we know so far