New Pokemon Snap players have been asking about the location of Lugia. To help them out, we have listed all the information we have about the same. Read more 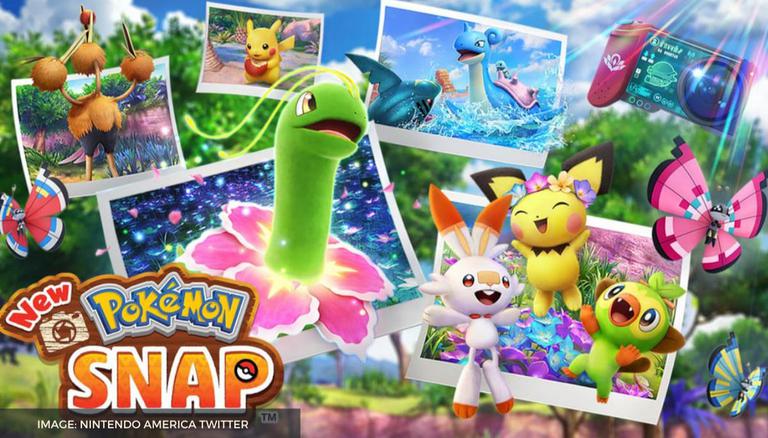 
The makers have now released the New Pokémon Snap and it is being played by thousands of players currently. The makers have now added a set of challenges and popular Pokemons in the game and the players are curious to know how to catch them and take their pictures. Thus the players have ebena skiing specific questions like where to catch Lugia in the game. So here is some valuable information that can help you out. Read more

Where to find Lugia in New Pokemon Snap

Finding Lugia in the New Pokemon Snap is certainly more difficult than you have imagined. Even though the New Pokemon Snap Lugia is basically a Psychic/Flying-type Pokemon it can be found in areas associated with the water. To be precise, the players can find the Lugia in the Lental seafloor location in the game currently. But to catch the Lugia, the players will be required to do a total of two different tasks first. They will first need to unlock the Lental Seafloor location after reaching level 2 in Maricopia Reef (Day). Then they will need to collect a certain type of Illumina Orb in the game to catch the New Pokemon Snap Lugia.

To do the same, they can simply take a picture of a glowing pink Frillish and just unlock these types of Illumina Orbs. Getting this item can kickstart your mission of catching New Pokemon Snap Lugia. After spotting Lugia, the players are required to first wake the Pokemon. Then they need to hit the pink crystal bloom flowers with pink Illumina Orbs. This gives the players a better option to click a picture of the legendary Pokemon.

READ | How many levels are there in Pokemon Snap? Here is everything you need to know

The makers of the new Pokemon Snap have been working on making their game perfect by solving any issues faced by the players. They have recently released a new Pokemon snap update that has taken care of a number of different bugs and issues faced by the players. Seeing such a fast response from the makers shows their will to make their game flawless. Currently, if you have purchased a physical copy of the new Pokemon Snap, then you will need to update the game. It is somewhere around 125 MB in size and can be downloaded from the console’s app store. If you have bought a digital copy of the game, then the update will be updated directly in the game.

WE RECOMMEND
How to evolve Galarian Slowpoke? All you need to know about this Psychic-type Pokemon
New pokemon snap: Where to find and take snaps of the water pokemon Blastoise?
How many areas are there in Pokemon Snap? Here's a complete guide
Nintendo Direct 2021 leaks, event start time and live stream details
Best upcoming Swtich games: Here are some upcoming Switch games of 2021