Pokemon Go: How To Get Marill? A Detailed, Step By Step Guide

Pokemon Go Marill: Learn step by step instructions on how to get Marill in Pokemon Go, the basic details of Marill and more in this guide 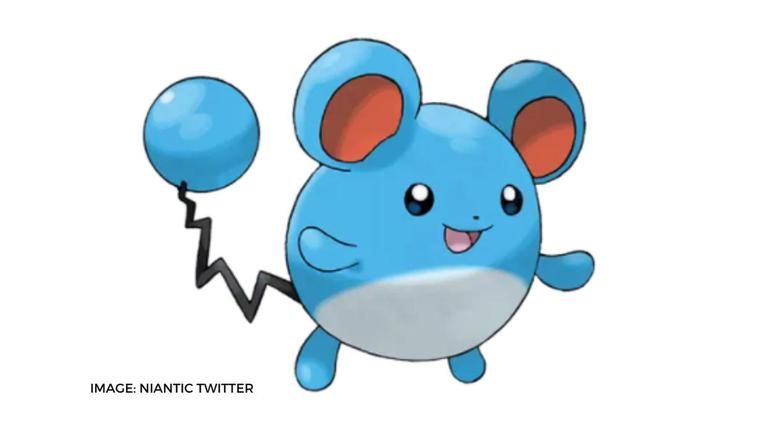 
Ever since its release in 2016, Pokemon Go has been introducing a lot of multi-type Pokemon into the game and Marill is one among them. Actually, Marill was first released on February 16th, 2017 as part of the main release of Johto region Pokemon. It comes under the Marill family. In this post, we are going to have a closer look at how to get Marill in Pokemon Go, the basic details of Marill, and more.

The basic details of Marill

Marill comes under the Water and Fairy-type Pokémon which evolves from Azurill. It is weak to Poison, Electric, and Grass moves. The best moveset for Marill is Bubble and Aqua Tail. Max CP of Marill is 461. Marill eventually evolves into Azumarill. In the upcoming section, we are going to have a look at how to get Marill in Pokemon Go.

How to get Pokemon Go Marill?

One thing you should know about getting Marill in Pokemon Go is that you will only be able to catch this water and fairy-type Pokemon in the wild. In certain cases, walking around Pokestops populated by Marill will increase your chances of catching this Pokemon and adding it to your Pokemon collection. When you encounter a Marill in the wild, all you have to do is to use the old, but effective method of catching it. First, feed it with golden raspberry and then throw a curveball throw using a powerful Pokeball. Make sure to have ultra balls with you and use them if in case you need them. Try to hit Marill with your curveball throw. This way, you will be able to easily get Marill and add it to your Pokemon collection. If you encounter Marill in a Pokestop populated by this Pokemon, then form a team that is full of counter Pokemon for Marill, attack, and defeat it in the raid battle. The counter Pokemon that you can use against Marill are Deoxys, Thundurus, Zekrom, and Roserade.

We hope that we are able to give you a clear overview of how to get Marill in Pokemon Go. Although getting this Pokemon looks difficult in the beginning, if you know where to look and learn simple methods to catch it, then this becomes a walk in the park. Also, if you train Marill properly, then you can even use it in an intense raid battle as a backup resource. All the very best!

READ | Is stranded deep multiplayer on PS4? Here is everything you need to know

READ | New Pokemon Snap Pester Ball: Why did the makers not add Pester Balls to the game?
READ | Stranded Deep Multiplayer: Check out this guide to play Local Coop on PC
First Published: 11th May, 2021 11:57 IST
SUBSCRIBE TO US