Pokemon Go Shiny Aerodactyl: Where To Find, How To Catch, Evolution, Movesets And More

If a player defeats the Mega Aerodactyl in mega raids, they can catch a normal Aerodactyl at the end. Keep reading to know more about Pokemon Go. 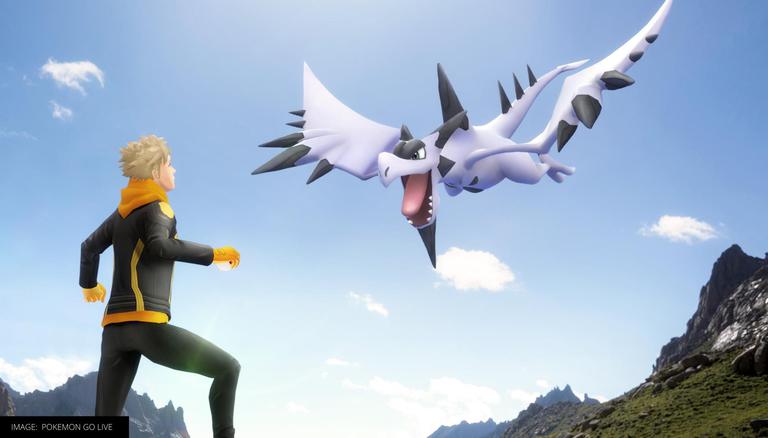 
Aerodactyl is a rock-flying type Pokemon in Pokemon Go. It has a height of 1.8m and weighs 59.0 kg. The abilities of the POkemon include Rock Head and Pressure. The Aerodactyl movesets includes Rock Throw and Rock Slide for offence and defence. Keep reading to know more about where to find Shiny Aerodactyl in Pokemon Go and how to defeat Aerodactyl to capture it.

Where to find Shiny Aerodactyl in Pokemon Go?

How to Catch Aerodactyl during Mountains of Power event?

During the Pokemon Go Mountains of Power event, Mega Aerodactyl will be appearing in the Mega Raids, where players can defeat the Pokemon to catch it. In order to defeat Mega Aerodactyl, players shall use the Aerodactyl weakness against it. The Pokemon is weak against Pokemon types such as steel, water, electric, ice and rock. For instance, if a player uses Metagross against Aerodactyl, it should use its charged moves meteor mash and earthquake. For players wondering about Aerodactyl evolution, the Pokemon has two forms and does not evolve. Additionally, the Aerodactyle movesets are effective against ground, normal, flying, poison, bug and fire types of Pokemons.

Pokemons Go is hosting a new event in-game called Mountains of Power. it will begin on January 7, 2022, at 10:00 AM and will last up to January 13, 2022, at 08:00 PM local time. As a bonus during the event, players will have to walk half the distance with their Pokemons to win their hearts. Additionally, Pokemons such as Zubat, Machop, Geodude, Slugma, Nosepass, Barboach, Onix, and Ferroseed will be appearing more frequently in the wild. If the players are lucky, they will be able to encounter a shiny form of all these Pokemons as well.