A support page was recently spotted on Samsung's Indian website along with an FCC listing, which hints at the imminent launch of the Samsung Galaxy M32. 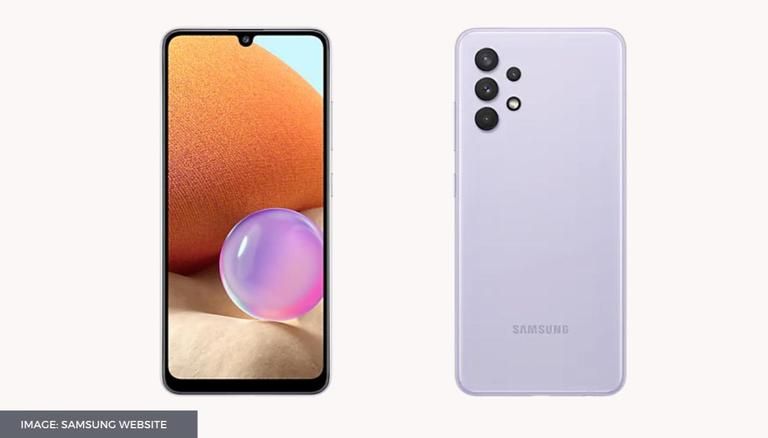 
Samsung Galaxy M32 has been spotted on various listings and certification sites such as BIS, Wi-Fi Alliance and Bluetooth SIG. A recent FCC listing has revealed the model number of the smartphone to be SM-M325F. The listing also confirms that the upcoming smartphone will come with a 15W fast charger. However, there are no other details available as of now. A support page was recently spotted on Samsung's Indian website along with the same model number. Read along to know more about Samsung Galaxy M32 specification and price.

The Samsung Galaxy M32 is rumoured to come with a 6.4" sAMOLED display, with a 90Hz refresh rate. If the device launches with an sAMOLED display, it is highly likely that Samsung might also include an under-display fingerprint scanner. A MediaTek Helio G80 SoC might power the upcoming device. It is an octa-core processor based on 12 nm architecture and can handle daily multitasking with ease. It would be coupled with up to 6GB of RAM and 128GB of storage, along with an Android 11 based OneUI 3.1.

The Samsung Galaxy M32 is expected to come with a 64MP quad-camera setup, wherein the main sensor would be accompanied by an 8MP ultrawide, 5MP macro and 5MP depth sensor. On the front, the device might have a 20MP shooter, with an f/2.2 aperture. Altogether, the device shall support 4K recording at least up to 30 fps, but it would only be confirmed after the official launch. The Samsung Galaxy M32 could feature a dual-band Wi-Fi 802.11, which comes with Wi-Fi Direct support. Bluetooth 5.0, GLONASS, BDS are among other wireless connectivity options. A USB Type-C 2.0 port shall also support OTG functionalities.

Galaxy M series budget smartphones usually come with a large battery, which makes them last day of heavy usage. If speculations are to be believed, the Samsung Galaxy M32 will come with a large 6,000 mAh battery. It could easily last a day or even more for some users. As stated earlier, an FCC listing has confirmed that the smartphone will be shipped along with 15W fast chargers.

The Samsung Galaxy M32 price is expected to be around Rs. 16,999 for the base model, with an increment in price along with storage. Samsung Galaxy M series is Samsung's lineup of budget smartphones with competitive specs. The general specifications in this lineup are decent as compared with other manufacturers and offer a good user experience.