Watch Dogs: Legion recently collaborated with the Spanish TV series, Money Heist to bring in a new mission. Here is all we know about this collaboration. Read 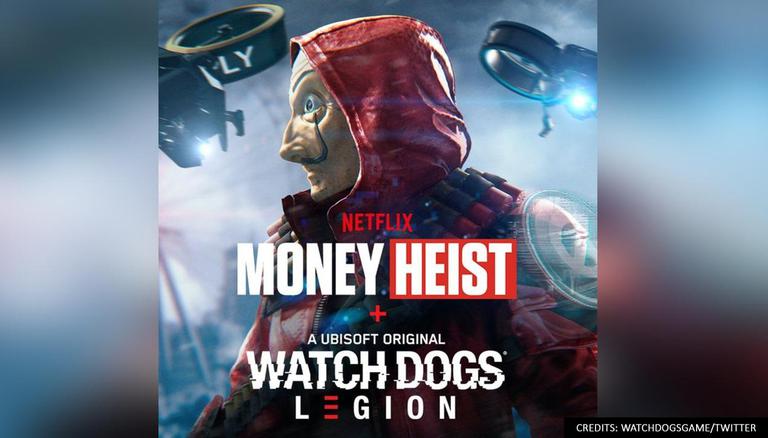 
Watch Dogs: Legion has become one of the most successful action-adventure games released by Ubisoft. The developers have been adding new content for the game to give the gamers something new to play in the game. The makers have recently confirmed a collaboration with the popular Spanish TV series, Money Heist. This is a great technique used by Ubisoft to attract a wider range of audiences to their game. This has been picked up by the gamers and they are curious to learn more about it. Here is all the information about Watch Dogs: Legion and Money Heist collaboration. Read more

Money Heist takes over, as part of an exclusive co-op mission. Suit-up and embark on a crypto-heist for the Resistance! Complete this challenge with friends and unlock an exclusive skin for your recruits.#WatchDogsLegion

Ubisoft has confirmed to launch a free online co-op mission that is going to be set in the Bank of London. The main objective of this mission is to steal millions of illegally stored cryptocurrencies from Clan Kelly. The game taken in some inputs from the Money Heist series like the full red jumpsuits, masks, and other similar items.

The mission also allows the players to team up with their friends, infiltrate the ban of London and fight guards in the mission. Other additions like disabling a firewall, downloading the crypto, and having a full-fledged flight with Clan Kelly while avoiding capture. An official trailer of this collaboration has been released and it describes the mission with, “Suit up and embark on a crypto-heist for the Resistance!” This update is currently live and can be downloaded from respective consoles' online stores.

It is not surprising to see Ubisoft join hands with popular franchises for their Watch Dogs: Legion. Before this, Ubisoft has brought in a collaboration with Assassin’s Creed alongside Update 5.5. This collab introduced a brand new character named, Darcy. They also introduced a new mission in the game where the players are required to breaking into a tomb of old assassins in London.  Completing that mission unlocks a playable assassin character and a total of two new story missions in the game. No other information has been released about Ubisoft’s Watch Dogs: Legion. Keep an eye out for any updates on the game’s official social media handles.