So, let’s talk about the specs. The Black Shark 2 has a 6.39-inch 1080p+ AMOLED display (sourced from Samsung) with bezels – that's right, the Black Shark 2 does not have any notch or display cut-out. It is powered by a Qualcomm Snapdragon 855 processor with up to 12GB of RAM and up to 256GB of storage – that's LPDDR4x RAM and UFS 2.1 storage for your reference. The software inside is Joy UI – which is different from Xiaomi’s MIUI and is closer to stock Android. The phone packs a sizeable 4,000mAh battery and supports 27W fast charging via USB Type-C.

The Black Shark 2 further comes with dual rear cameras consisting of one 48MP Samsung GM1 sensor (for effective 12MP photos) and another 12MP telephoto sensor for 2X optical zoom. On the front, the Black Shark 2 comes with a 20MP camera. 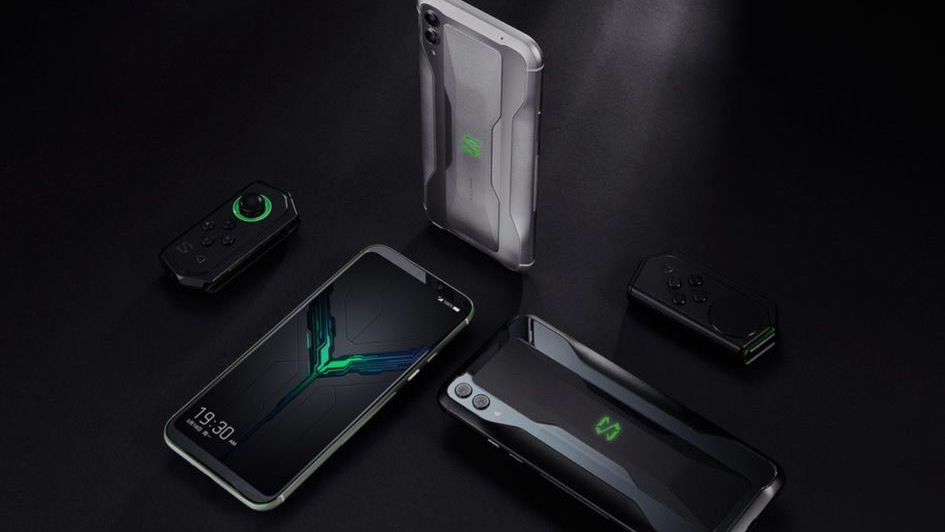 Coming to the gaming enhancements – the Black Shark 2, although it does not have a 120Hz refresh rate like the Razer Phone, has an OLED screen with an input latency of 43.5ms which should ideally entail in slicker touch response when compared with Black Shark’s previous gaming phones. This OLED screen is also pressure sensitive so gamers will be able to assign virtual buttons on the it and trigger them by pressing hard(er) - Black Shark is calling it Magic Press. This OLED screen is also home to an in-display fingerprint scanner.

Software enhancements include a new Ludicrous mode capable of optimizing performance – so everything runs faster and cool as a cucumber.

While Black Shark hasn’t confirmed that it will launch the Black Shark 2 in India anytime soon, the company has already entered India – it has started setting up offices and operations will commence soon hopefully. So, there is a slight chance, the Black Shark 2 could be its debut product in India – so, fingers crossed there.

PEOPLE HAVE PLEDGED SO FAR
Samsung Galaxy Note 10 Lite review: Bringing the 'everything phone' to the masses
Enjoy high-speed internet: Here's how to start with Airtel Wi-Fi pack
How to convert Vodafone 3G SIM to 4G? Step-by-step guide on how to upgrade and activate 4G
How to port Jio to Airtel and other things to know before applying for Jio to Airtel port
Android 11 exciting features revealed so far, release date, and what is it called
DO NOT MISS
MNS THREATENS WARIS PATHAN
MEA: ABRAHAMS SENT BACK 'IZZAT SE'
ACTIVIST HECKLED OUT OF RALLY
BJP TAKES AIM AT SHIV SENA
WHOSE BOWLING ACTION BEST?
ZUCKERBERG GETS ARMPITS BLOW-DRIED