In India, you will be able to watch the livestream on February 21 from 12:30AM IST on Samsung India’s website

Samsung is hosting Unpacked 2019 on February 20. In India, you will be able to watch the livestream on February 21 from 12:30AM IST on Samsung India’s website. Samsung is celebrating 10 years of the Galaxy this year, and it has already confirmed the Galaxy S10 is incoming. So is the Galaxy Fold, a fully-functional foldable phone that Samsung first teased at its annual developer conference last year. And there will be more products - will Samsung launch 10 new products, that is the question.

The Galaxy S10 is expected to spawn three variants at least – the standard or vanilla Galaxy S10, the high-end Galaxy S10+ and the more affordable Galaxy S10E (previously thought to be Galaxy S10 Lite). A fourth Galaxy S10 variant is said to be on the cards as well, with 5G connectivity and more. The foldable Galaxy phone is meanwhile also expected to make an appearance in full glory. That’s five smartphones in all.

Samsung is also expected to launch a slew of smart wearable devices, bringing them all under the Galaxy umbrella. These include, the Tizen OS-based Galaxy Watch Active, the Galaxy Fit (and Galaxy Fit E) fitness band and the truly wireless Galaxy Buds. Samsung is also reportedly working on a mainstream Galaxy Home (Mini) smart speaker, and while it is highly unlikely that we’ll hear something about it at Unpacked, the company may finally drop pricing and availability specifics of its long-delayed Galaxy Home. That’s three smart wearables plus some extra bit of Galaxy Home cheese.

Here’s everything Samsung may launch on February 20:

The Galaxy S10E, which is said to be Samsung’s take on the iPhone XR, will have the same core innards as its bigger, more expensive siblings - which means, the same Exynos and Qualcomm chips and possibly the same primary rear and front cameras. It will reportedly come with up to 8GB RAM and 256GB storage, and going by Samsung’s track record, micro-SD storage expansion is expected. It is also said to retain Samsung’s new Infinity-O notch display which means, much like the Galaxy S10 and Galaxy S10+, the Galaxy S10E will also have a punch-hole selfie camera.

But where the Galaxy S10E will fall short in terms of top-tier design, it will more than compensate for through its unique colours – the phone will reportedly be available in Canary Yellow, Prism Black, Green, White and Blue.

Additionally, the highest-end variant of the Galaxy S10+ is said to have a ceramic body, and whopping 12GB RAM and 1TB storage. 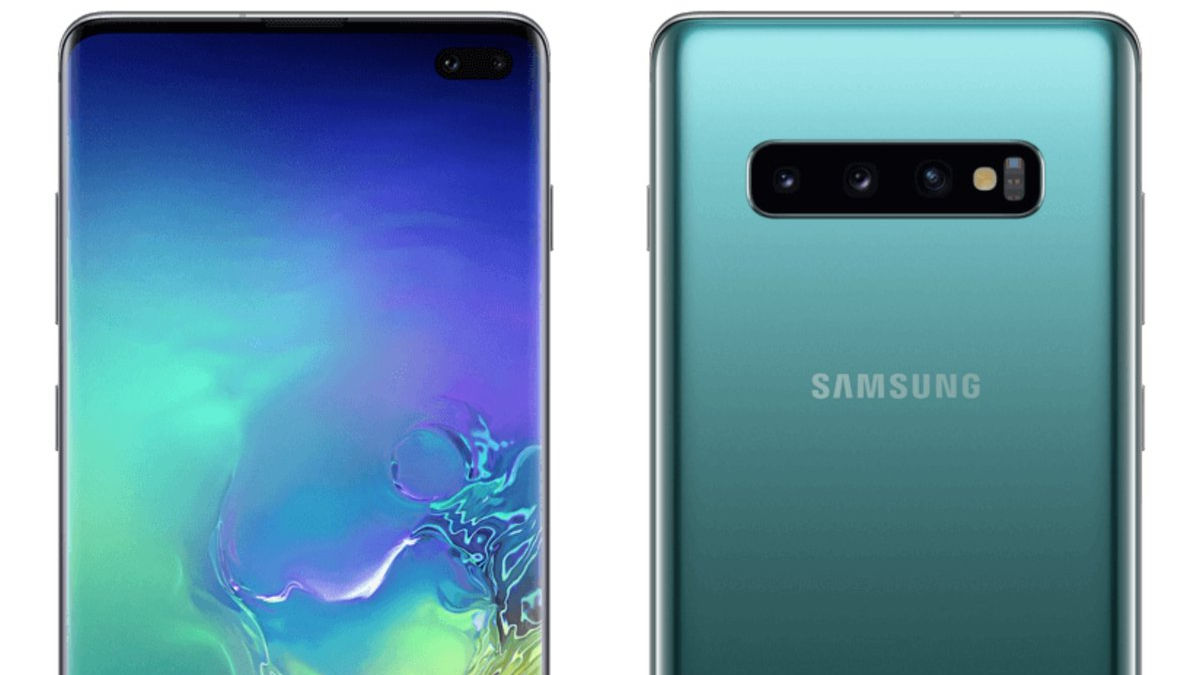 Regardless, some of its rumored specs place it over the Galaxy S10+, which is frankly insane – a 6.7-inch display, six cameras in all (four on the rear and two on the front), 256GB base storage and a massive 5,000mAh battery.

Rumour has it that Samsung showed off its foldable Galaxy phone to a few customers behind closed doors at CES 2019. The company did not apparently opt for a broader showcase – at CES 2019 – seemingly because the product was not ready for prime-time: there were alleged structural issues with the folding process. But it is seemingly ready now. 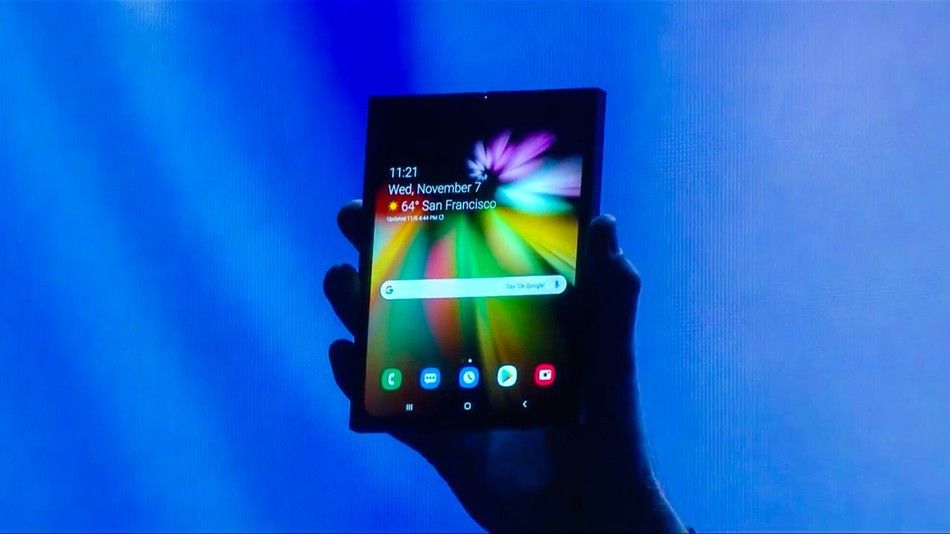 The Galaxy Fold will give users access to two categories of devices: a 7.3-inch primary tablet kind and a smaller 4.58-inch phone form factor: in one device.

Samsung’s truly wireless earbuds, the Galaxy Buds, will reportedly feature fast wireless charging (so you would be able to charge them wirelessly using the Galaxy S10 which will support 9W reverse charging) and improved Bluetooth 5.0 connectivity. Samsung will likely bundle a pair of free Galaxy Buds with the Galaxy S10 for early-bird pre-orders. The Galaxy Buds will reportedly also come in yellow (like the Galaxy S10E), in addition to black and white.

The Galaxy Watch Active, purported successor to the Gear Sport, will reportedly be the first Samsung smart wearable to run One UI. The One UI, according to leaked renders, will bring in new watch faces as well as new fitness tracking features. Samsung seems to be working on its own take on Apple’s colorful activity rings found in the Apple Watch. Support for auto continuous heart-rate monitoring, and even more exercise forms are said to be on the cards. 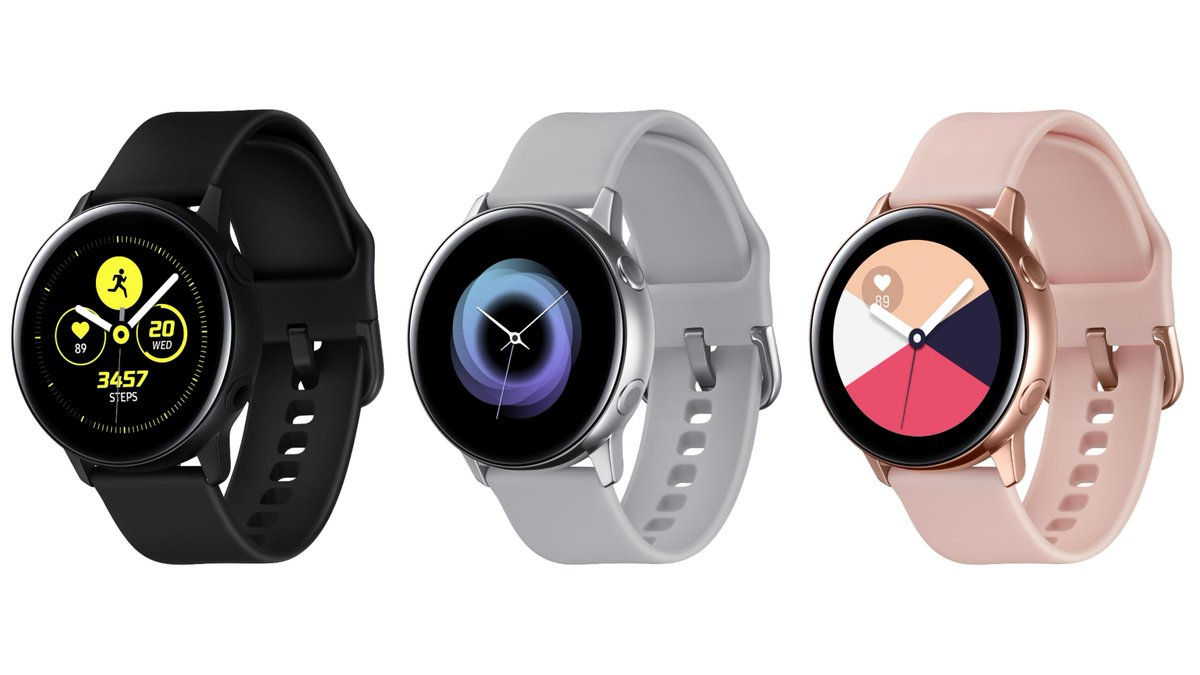 There is a downside amid all this though. Unlike its immediate predecessor, the Galaxy Watch Active will reportedly come sans a rotating bezel.

Leaked by Samsung itself, the Galaxy Fit will have a watch-like buckle that will remind you of the Gear Fit 2 Pro. There will be a colour display on-board, ideally AMOLED. The Galaxy Fit will be able to count steps. More details are awaited.