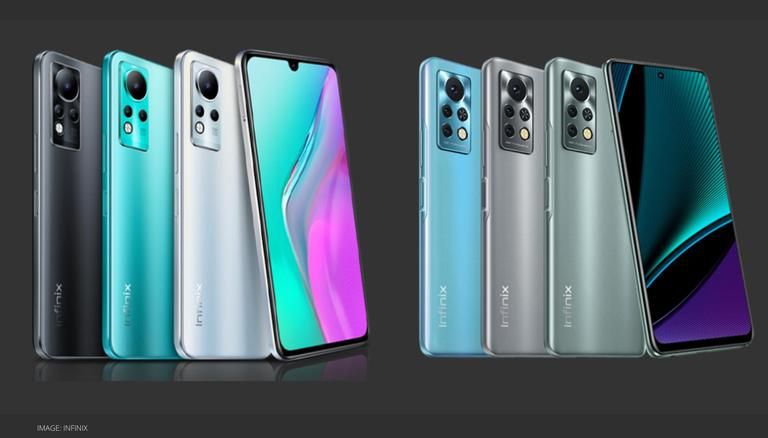 Both the smartphones are equipped with a 5,000 mAh battery which supports 33W fast charging. Additionally, both have sensors like an accelerometer, ambient light sensor, magnetometer, gyroscope and proximity sensor. They run on XOS 10, which is based on Android 11. A dual sim connectivity option is available on both devices, along with 4G LTE, Wi-Fi and Bluetooth v5. Both have a USB Type-C port as well.

The Infinix Note 11 comes with a 6.7" FHD+ AMOLED display along with a resolution of 1080 x 2400 and a peak brightness of 750 nits. For those who wish to use the smartphone for gaming, it also has a 180Hz touch sampling rate. Under the hood, the smartphone features a MediaTek Helio G88 dual-chip processor. The smartphone will be available in two storage models: 4/64GB and 6/128GB of storage. Additionally, the smartphone has a 5,000 mAh battery that supports 33W fast charging. Surprisingly, the smartphone has a 50MP primary rear shooter accompanied by a quad-flash and a 16MP front camera.

WE RECOMMEND
India tests long-range Supersonic Missile Assisted Torpedo (SMART) in Odisha's Balasore
Miss Universe winners from India: Harnaaz Kaur, Lara Dutta & Sushmita Sen who did us proud
India's biggest syringe manufacturer seeks exemption after Haryana govt shuts all plants
IMD predicts light to moderate rainfall in many places across India for next 3-4 days
UEFA Champions League Round of 16 Redraw live stream: How to watch in India, US and UK?
Listen to the latest songs, only on JioSaavn.com