IOS 14.5 New Emojis Complete List And New IOS 14.5 Features You Must Check Out


Apple has finally rolled out the long-awaited iOS update 14.5 to iPhone and iPad around the world. The new update brings a lot of new changes and a lot of stuff has been added with the latest update. The main attractions of this update are the unlock with the Apple Watch feature and the new set of emojis introduced. Now, iPhone users who have a mask on will have the functionality of unlocking their phones with the Apple Watch, without needing to remove their masks. Read on to know about all the iOS 14.5 new emojis. 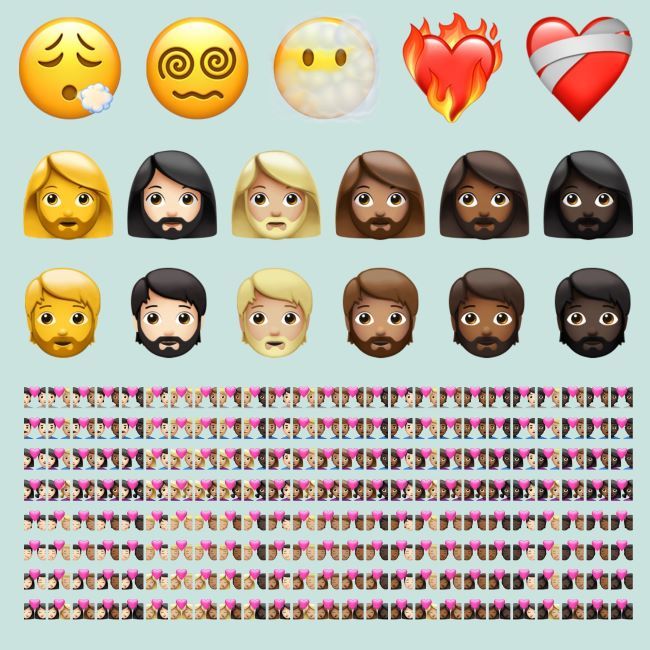 A lot of new features have been introduced with the iOS 14.5 update. Apart from a large number of emojis that have been introduced, Apple has a lot more under its sleeve. Starting from the App Tracking Transparency Feature, Apple will now allow users to decide whether they want third party apps and websites to track their activity for targeted advertising. A pop-up will appear whenever an app tries to track user data and users will have the capacity to decide if they want to let the app track them or not.

READ | iOS 14.5 Release Date: What to expect from the next versions of the operating systems?

An important feature that is going to be very useful in the COVID 19 pandemic is the ability to unlock iPhone using the Apple Watch. Now, users will no longer have to take off their mask in order to access their phone with FaceID. iPhone users can now unlock their phone using the Apple Watch, but it needs to be paired to your phone. Additionally, Apple has also added updates for support for the new Apple AirTags as support for AirTags on 'Find My' app on your iPhone. Stay tuned for more updates on iOS 14.5 and

READ | iOS 15 to get several updates: Details about iOS 15 release date & what to expect from it
READ | iOS 14.5 privacy features: Users will now be able to turn off tracking in iOS devices
First Published: 27th April, 2021 14:35 IST
SUBSCRIBE TO US