The images of the upcoming Samsung Galaxy S22 Ultra reveal a radical design change for the smartphone, which might come with an S Pen and a flat-back panel. 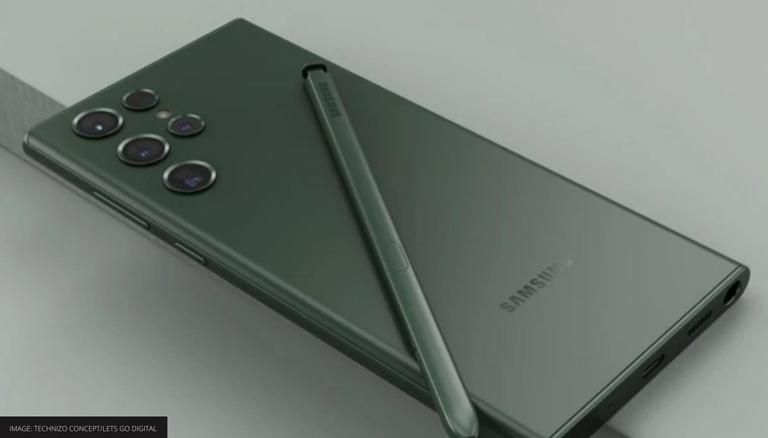 Previously, it was reported that Samsung might do away with curved screens and focus on flat-screen smartphones. As it appears in the photograph that has surfaced online, the Samsung Galaxy S22 Ultra does not come with an aggressively curved display. The curvature might be on par with Galaxy Note 10 Plus, but not as much on the Galaxy Note 20 Ultra. In addition, the upcoming S series device resembles the Note series quite closely.

The images of the upcoming Samsung Galaxy S22 Ultra have been leaked by FrontPageTech.com. The images are in line with other renders of the smartphone that have surfaced in recent times. From the front, the smartphone seems to have the design language of a Note series smartphone from Samsung. As mentioned earlier, the front panel is slightly bent at the edges, along with a centrally located hole-punch camera. A chin can also be seen at the bottom of the device. However, the front panel is not the major highlight of the device.

The rear panel of the smartphone has been redesigned by Samsung for the upcoming flagship smartphone. The Galaxy S22 Ultra does not have a huge camera bump that ran across all the camera modules and merged into the side panel in previous smartphones. Instead, the cameras are rooted inside the back panel, with separate bumps coming out of the panel for each camera lens. The being said, the smartphone has a rather boxy appearance with nearly straight edges and minimal roundness on the edges of the display. In addition, the S series smartphone might have dedicated space for an S Pen, which use to be the signature feature of Galaxy Note devices. 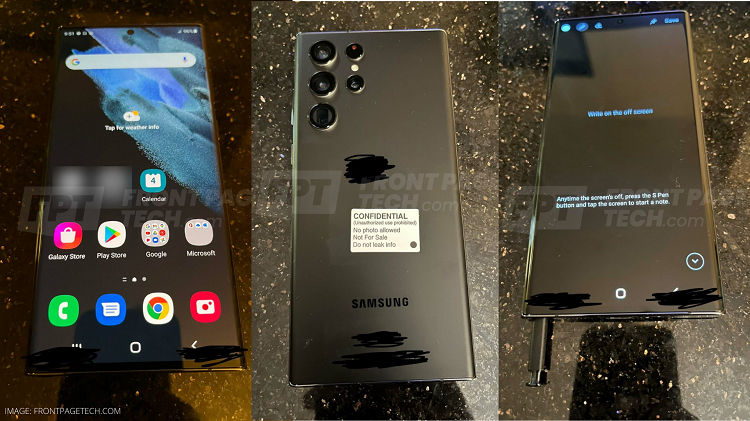