Motorola Edge 20 specifications have been leaked and the users are curious to know more about it. So we have listed all the information about it here. Read 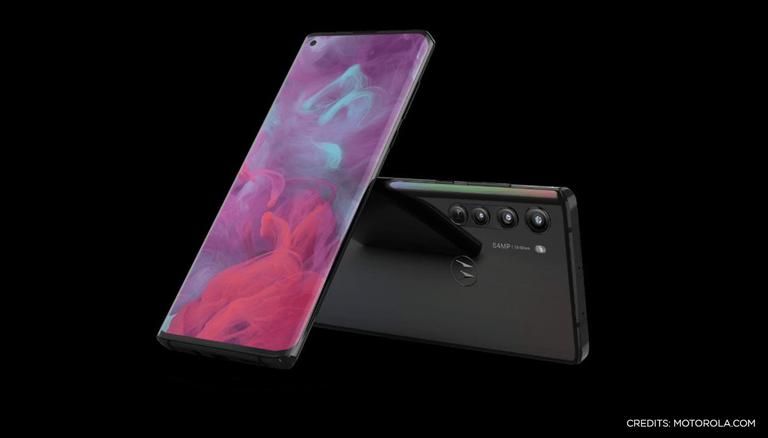 Motorola Edge 20 leaks and specifications have been released by some of the tech experts of the community. A new Motorola Edge 20 render has been released by PriceBaba in collaboration with OnLeaks. These renders confirm that the makers are planning to scrap off the curved edges to bring in a flat-screen display for its users. Other leaks also suggested that the phone will be loaded with Qualcomm Snapdragon 778G SoC, 120Hz refresh rate display, 108-megapixel triple rear cameras, and a 4,000mAh battery on board. Other speculations suggest that the phone will have a  6.7-inch full-HD (1,080x2,400 pixels) display with a 120Hz refresh rate. This feature could be beneficial for users who have an interest in playing online multiplayer games. These rumours also suggest that a triple rear camera setup might be added that is going to be loaded with a 108-megapixel main sensor, 16-megapixel secondary lens, and an 8-megapixel tertiary unit.

Other speculations also claim that a 4,000mAh battery could be powering this phone but other competitors have opted for much powerful batteries for their phones. The body residing will have huge changes with a side-mounted fingerprint scanner. Recently, the Lenovo-owned company, Motorola shared the launch of their new series of smartphones on Weibo. This phone will only be launched in China on August 5. The worldwide release of the phones might be even closer after seeing this announcement about the phone’s China release. No information was released about the Indian or worldwide release of these new Motorola Edge 20. Keep an eye out for any updates about Motorola Edge 20 price and release date on the company’s social media accounts.