Motorola Edge 20 is expected to release soon in India and the users are curious about it. Here is all the information about the upcoming phone. 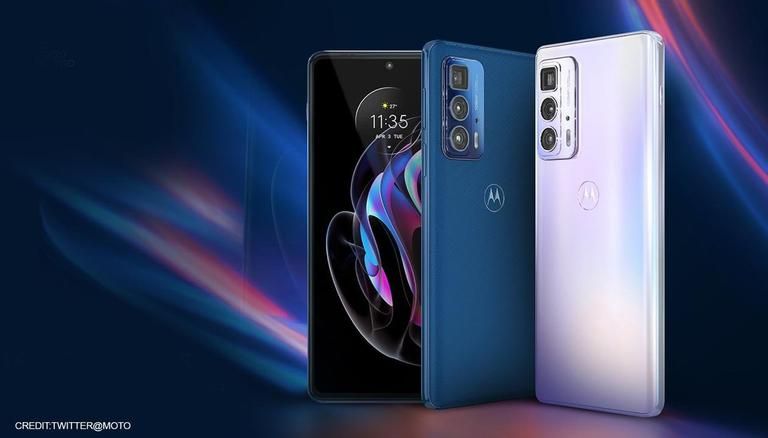 
Motorola has been planning to make a comeback into the smartphone market by releasing their new Edge 20 series of phones. This Motorola Edge 20 has already been released for Chinese and European markets but recent posts on the company’s social media hint at an Indian release for this phone. The makers have released a post with the hashtag #FindYourEdge. This could be a reveal for the imminent launch of the Edge 20 lineup in India. This has gotten the tech community excited to learn more about these Motorola Edge 20 smartphones. Here is all the information about the upcoming range of products from a subsidiary of Lenovo. Read more about Motorola edge 20 India release date.

When a stunning design, cutting-edge technology meet flagship experience, that is when you #FindYourEdge. Introducing #motorolaedge20. Stay tuned! pic.twitter.com/LE2beTnRgS

Motorola has come up with three variations of this smartphone including Edge 20, Edge 20 Lite and Edge 20 Pro. But the industry experts are not certain if the makers will bring in all the three variations of Edge 20 for the Indian users. This is mostly because the makers have not released anything directly about the phone Indian release. Currently, the best option for the users is to wait for Motorola to announce anything about their phones’ release. Motorola Edge 20 price in India has not been revealed yet. The phone will mostly be packed up with the same specifications as the versions released in Chinese and European markets. Thus expect the phone to be priced around EUR 349.99 (Rs. 30,500). Here are some Motorola edge 20 specifications released till now.

The new Motorola Edge 20 has managed to remove the curved edges to bring in a flat-screen display for its users. OIt is supposed to be powered by a Qualcomm Snapdragon 778G SoC that has the capability to deliver a 120Hz refresh rate display. It is also going to be loaded with 108-megapixel triple rear cameras, and a 4,000mAh battery on board. It is supposed to have a huge  6.7-inch full-HD (1,080x2,400 pixels) display. The phone’s camera setup is going to be loaded with a 108-megapixel main sensor, 16-megapixel secondary lens, and an 8-megapixel tertiary unit. No other information has been released about this Motorola Edge 20. Keep an eye out for any updates on the company’s official social media handles.