Motorola Tipped To Launch A Flagship Smartphone In India, Might Be Moto G200

Motorola might launch a new smartphone in India and speculations point to Moto G200. It will come with a 6.8" 144Hz LCD panel, powered by Snapdragon 888+ SoC. 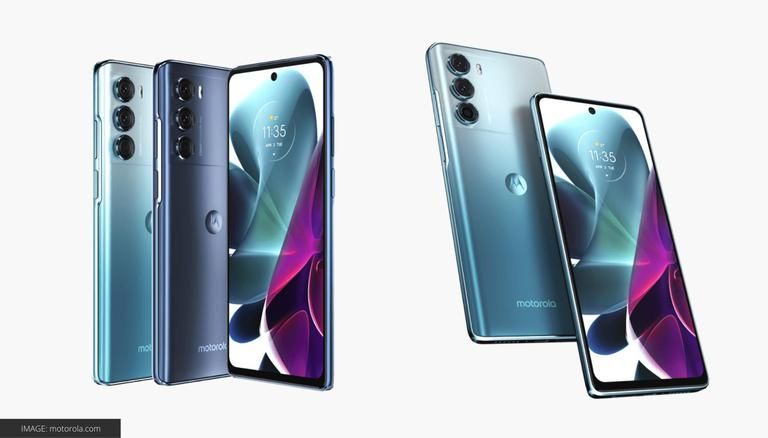 
Motorola has not launched a smartphone in the Indian market for a couple of months. However, the company launched five devices in the global market recently. These smartphones in decreasing order of price and performance are Moto G200, Moto G71, Moto G51, Moto G41 and Moto G31. While the Moto G200 comes with top-of-the-line Snapgradon 888+ SoC, G71 comes with Snapdragon 695 SoC and the Moto G31 with MediaTek Helio G85 processor. While there is no official confirmation about these smartphones coming to India, a tipster suggests that Motorola might launch a smartphone in India by the end of this month.

According to a known tipster Debayan Roy, Motorola will launch a new smartphone in India on November 30, 2021. Even more interesting is the speculation that the smartphone will come with Snapdragon 888+. Other details about the smartphone are not known at the moment. However, since Motorola has already launched a couple of smartphones in the international market, there is a high chance that the Indian device might be one of them. Matching the leaked specifications with the list of smartphones already launched, Moto G200 is the name that comes up.

The Moto G200 comes with a 6.8" 144Hz LCD panel with a resolution of 1080 x 2460 pixels. While the display supports HDR10 content, the absence of an AMOLED display from a flagship Android smartphone might bug some users. Under the hood, the device is powered by Snapdragon 888+ 5G chipset, which is the most powerful mobile processor offered by Qualcomm. The CPU consists of eight cores: one high-performance core, three standard cores and four power-efficient cores and it is combined with Adreno 660 GPU. Moto G200 also has a 5000 mAh battery.

The smartphone is available in two storage models. The base model comes with 8GB of RAM and 128GB of storage and the top model comes with 12GB of RAM with 256GB of storage. On the rear panel, the smartphone has a 108MP triple rear camera setup with 8MP ultrawide and a 2MP depth sensor. The front camera on the Moto G200 is a 16MP shooter that can record videos in 1080p (up to 30 fps). There is a side-mounted fingerprint scanner for security and dual-band Wi-Fi, UBS-C port and Bluetooth v5.2 for connectivity. Moto G200 has been launched at a price of 450 Euros, which translates to Rs. 37,900. Stay tuned for more updates about Motorola smartphones.