Nokia C20 Plus has now been released for the Indian market and the users are curious about it. Here is all the information about the upcoming Nokia phone. Read 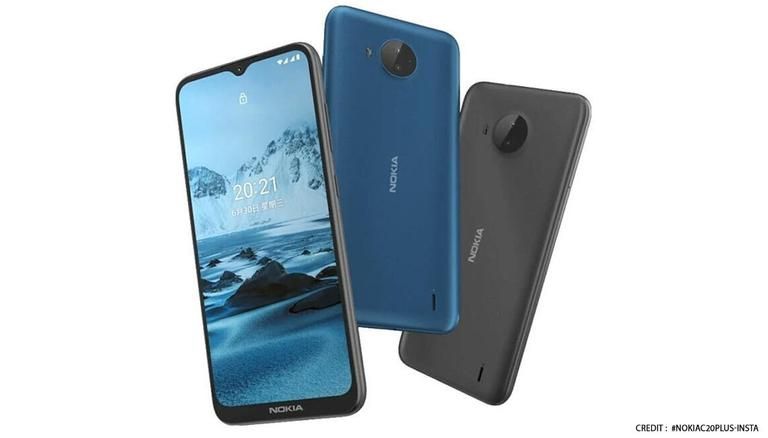 
Finnish telecommunications company, Nokia is currently trying to release their new Nokia C20 Plus smartphones for the Indian markets. This Nokia C20 Plus phone was already released for Chinese users. It seems like the popularity of these pocket-friendly smartphones have forced them to bring it to one of the biggest tech markets in the world. This has been picked up by the community and they are curious to learn more about the Nokia C20 Plus specifications and price in India. Here is all the information released about the upcoming Nokia C20 Plus. Read more

Nokia has managed to pack their C20 Plus phones with some exciting features like dual rear cameras and an octa-core SoC. All these high-end specifications usually cost a lot. But the Finnish company has somehow managed to add such features in a price range of Rs. 8,999. Nokia C20 Plus price in India for the 2GB RAM + 32GB storage version is Rs. 8,999 and  Rs. 9,999 for the 3GB + 32GB storage version. They have also added a 6.5-inch HD+ (720x1,600 pixels) display with a 20:9 aspect ratio of this phone. Talking about the connectivity features, Nokia C20 Plus will be loaded with 4G LTE, Wi-Fi 802.11 b/g/n, Bluetooth v4.2, GPS/ A-GPS, FM radio, Micro-USB, and a 3.5mm headphone jack. The makers are also supposed to bring in other smartphone models including Nokia C01 Plus, Nokia C10, and the Nokia XR20. This information was confirmed by the Nokia brand licensee HMD Global.

All of these phones were already released worldwide but it is yet to reach the Indian markets. But now, Nokia has also released an India-specific version of the Nokia C30 which will be powered by Android 11. The phone will be available in Blue and Grey colour variants on Nokia’s official website. IT will also be available to buy from third-party retailers like Vijay Sales, Chroma, Reliance Digital, and Jio Point outlets from August 9. A special launch offer for Nokia C20 Plus has also been introduced that gives the Reliance Jio customers a 10 percent discount as well as benefits worth Rs. 4,000. No other information has been released about this new Nokia smartphone.