The Nokia X71 is official and in line with many rumour mills – it brings many an industry first for a new-age Nokia-branded smartphone. Although it sports a familiar all-glass and metal design like the Nokia 8.1, it has a punch-hole display on the front (like the one seen in the Honor View 20) and a 48MP primary camera (it is not clear if it uses a Sony IMX 586 or a Samsung GM1 at this point of time) on the back.

The Nokia X71 has a 6.39-inch 1080p+ PureDisplay – the punch-hole design allows HMD to offer a screen real estate of a whopping 93 per cent. The phone is powered by a Qualcomm Snapdragon 660 processor with 6GB RAM and 128GB storage which is also expandable. The dual-SIM phone runs Android 9 Pie software – although the version launched in Taiwan does not have an Android One branding.

On to the cameras, the Nokia X71 has a triple camera setup on the rear – tuned by Carl Zeiss. It has a 48MP main camera, followed by an 8MP wide-angle and 5MP depth sensing cameras. On the front, the Nokia X71 comes with a 16MP camera. 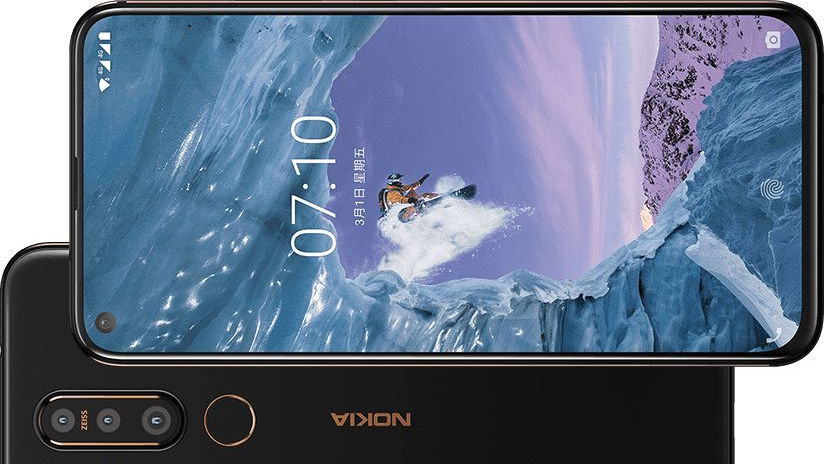 HMD has launched the Nokia X71 in Taiwan at a price of TWD 11,900 which roughly translates to Rs 26,700. It is widely being speculated that the company will launch the Nokia X71 as the Nokia 8.1 Plus in global markets (possibly also in India) with Android One software. There’s no word when though, and since HMD is yet to confirm the same, it is advised that you take this piece of information with a pinch of salt.

HMD has also launched its 5-camera Nokia 9 PureView phone in Taiwan alongside the Nokia X71 – the company has started teasing this phone on social media in India which suggests the Nokia 9 will be launched in India soon.