Nothing Phone 1 Design Officially Revealed, Certainly Looks Like 'nothing' On The Market 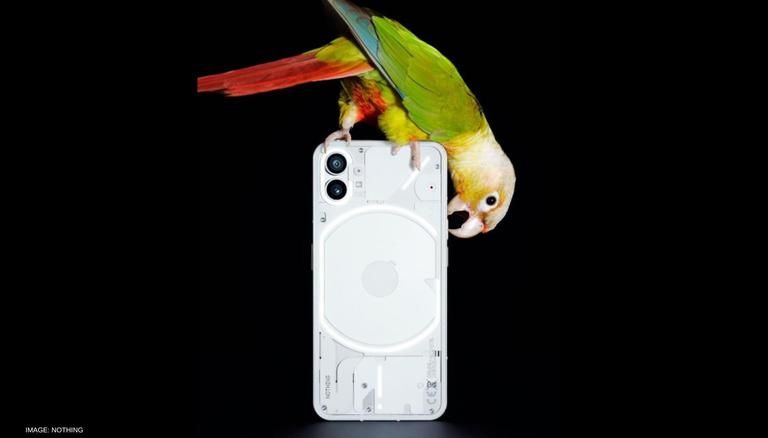 
The London-based consumer electronics company Nothing led by former OnePlus co-founder Carl Pei has finally revealed the design of its upcoming Phone 1. While the company had been teasing the looks for a couple of days, it finally revealed the look yesterday. Keep reading to know more about the Nothing Phone 1 design, specifications and other known information.

On June 15, 2022, the company revealed the looks and design of the Nothing Phone 1. At first glance, the device looks fresh, unlike any other smartphone on the market. The edges of the smartphone are rather boxy and remind us of the newer iPhone models. However, the aluminium frame and glass back give it a premium look and finish. Upon looking at the device, one will instantly notice the highlighted lines that run at the top right, top left, centre and at the bottom of the back panel. These are actually illuminated patterns that might be used as notification LEDs.

Besides the parrots, it is quite evident that Nothing has tried to maintain the semi-transparent design language that it followed with the Nothing Ear 1. However, the internal components of the smartphone are hidden by some sort of covering that is white/grey in colour. Nevertheless, it is now confirmed that the smartphone will ship with a dual-rear camera setup. The front panel of the smartphone is not revealed by the company yet.

A return to instinct.

Tune in on 12 July to hear all about it: https://t.co/FEJL4Jb2Aw pic.twitter.com/5XUbvo8dwZ

According to known Indian tipster Mukul Sharma, interested buyers will be able to pre-book the Nothing Phone (1) by paying Rs. 2,000. The tipster has shared a screenshot of the Flipkart pre-booking page that has now been taken down. As seen in the screenshot, the pre-booking amount paid by users will be automatically deducted as users return for checkout. Additionally, the screenshot also reveals that users will be able to select the storage variant they want, indicating that the Nothing Phone (1) will come in multiple storage models.

Earlier this month, complete specifications of the Nothing Phone 1 were leaked online. The smartphone is said to come with a 6.43-inch FHD+ 90Hz AMOLED display that supports HDR10+ content. Such a display is readily available on the mid-range smartphones out there from manufacturers like Samsung, Realme and Xiaomi.

READ | Nothing Phone (1) likely to be released in June, could feature Snapdragon 778G: Report